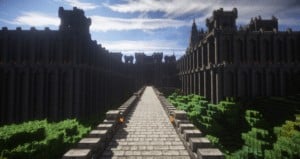 This is a personal project i’ve been working on every now and then for a few years now. It all started in a small server, with the general idea of creating some kind of medieval structure. Eventually it grew bit by bit, and outlived the server it started on when I transferred it to my pc to work on it in single player and McEdit. The way it’s been worked on over time makes it feel somewhat organic and realistic, almost like a real medieval structure to which new buildings were added over the years, giving it a complex structure.

Some of the Inspirations for this were the Sarafan Stronghold from Soul Reaver 2 and Boletaria Palace from Demon’s Souls, as well as Dark Souls 1 and 3 for the village designs. I just wanted to replicate the kind of experience you get from those games, of exploring a complex medieval structure full of different passageways and secrets.

I decided to share this project now as it’s reached a substantial size and I have too much fun playing with it not to let other people see it as well.
It’s not 100% finished, though. Some places are unfinished or empty, such as a few village houses and stuff like older underground corridors.

I think this could be a good map for a multiplayer game mode. I’m not familiar with the kinds of multiplayer servers there are in Minecraft, but I’m imagining a possibility for some kind of role play game with this map. For example, a portion of the players could be villagers, another the royalty, and yet another the soldiers. And then you’d have to either defend the castle, or try to take it by killing the king or a seizing a few key locations. Players would have to be familiar with the labyrinthian nature of the map, and I think the fun of this map is just exploring the “level design”, with its inter connectivity, hidden passages, and all its nooks and crannies. I just don’t think a game mode in which you can destroy blocks would work as good, as it would ruin the fun of navigating through the level, and would simply make it a matter of “who’s got more tnt”. A good alternative could be just using ladders or certain blocks for creating stairs, as it would take enough time for defenders to retaliate.
So, if you like the map and think you can integrate some kind of interesting game mode into it, or if you’d like to turn it into some kind of scripted adventure map, contact me.

Anyway, hope you like it. Leave any questions or suggestions in the comments. 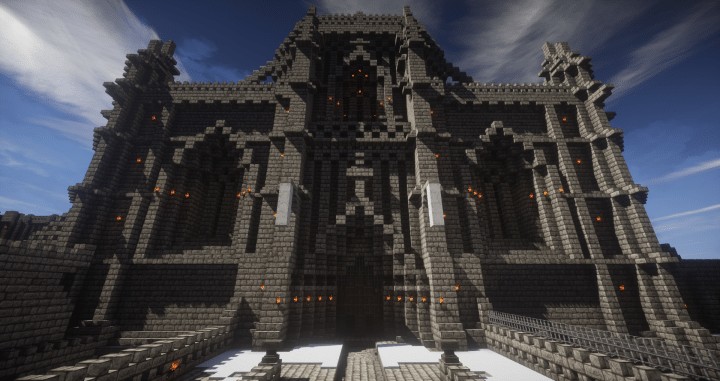 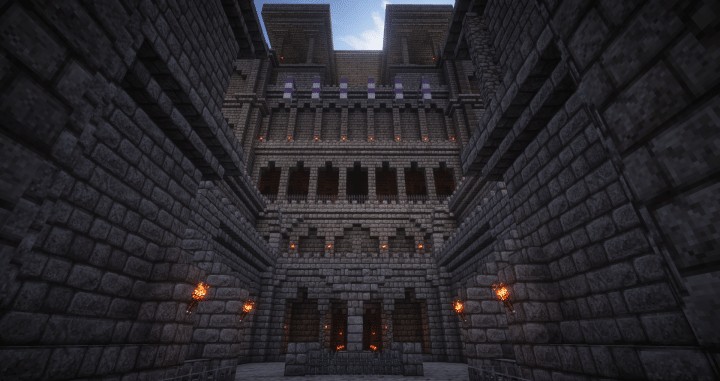 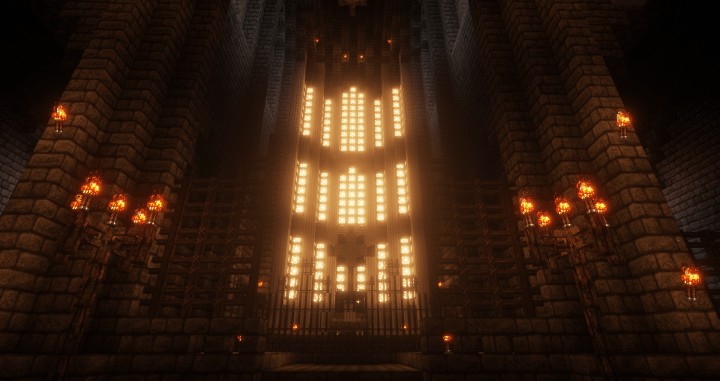 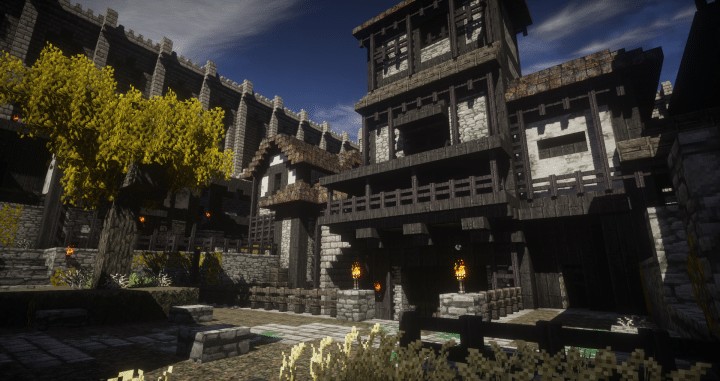 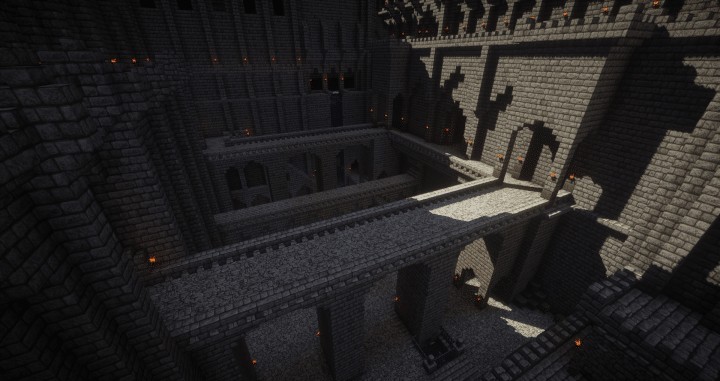 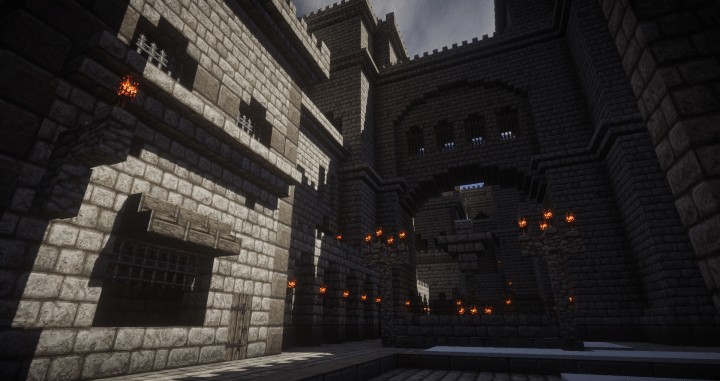 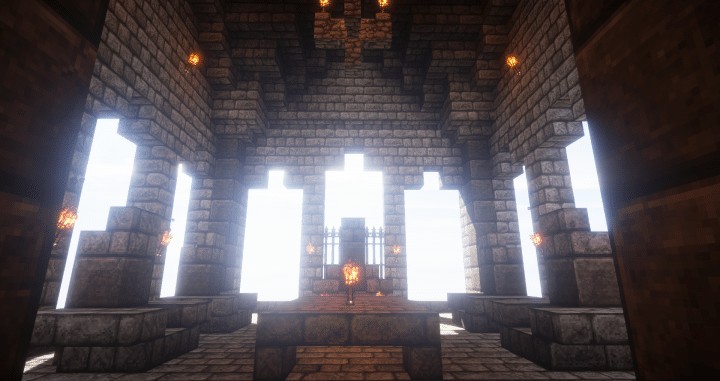 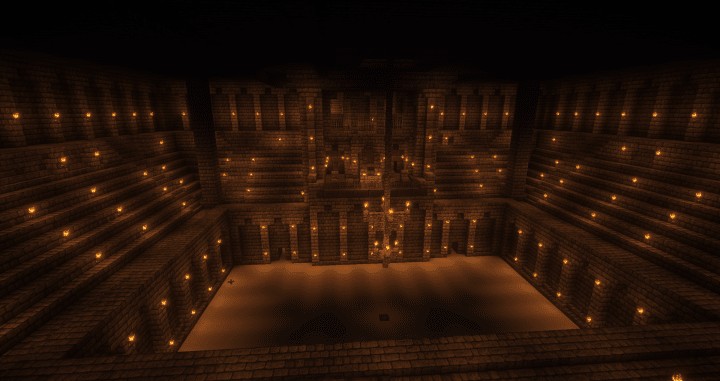 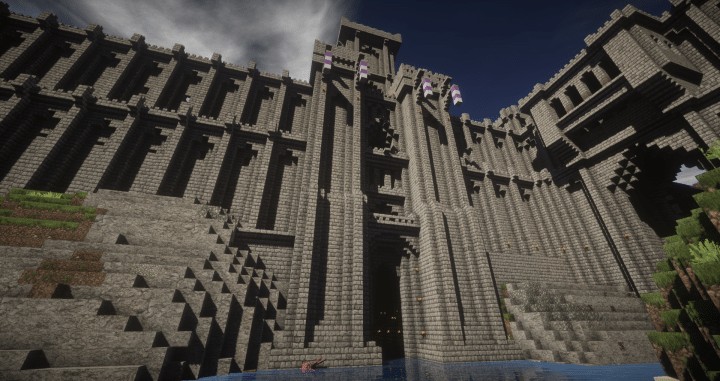 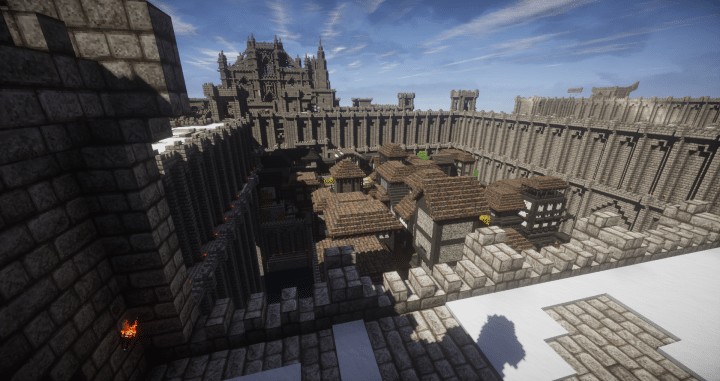 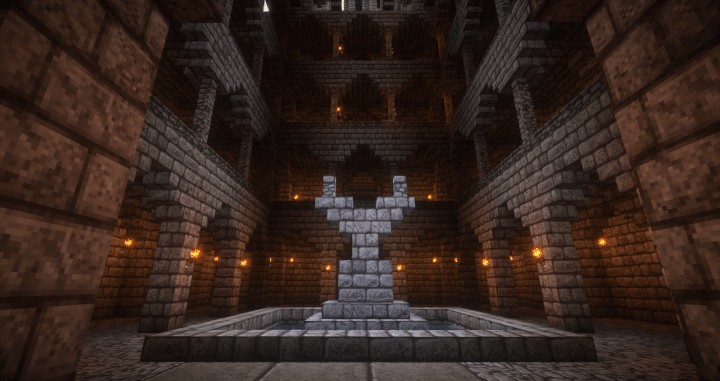 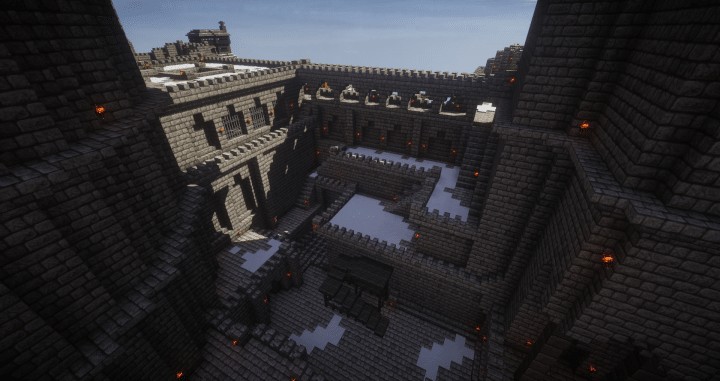 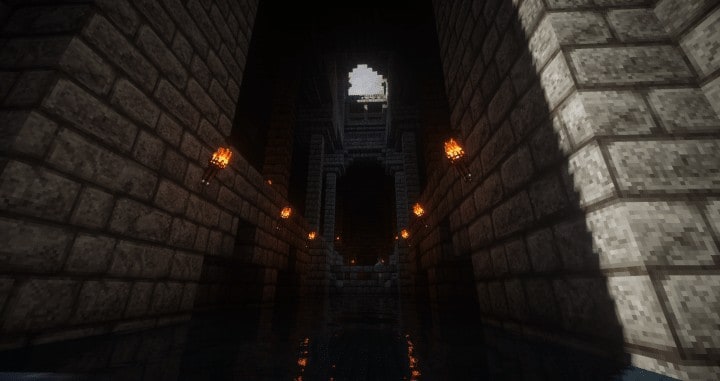 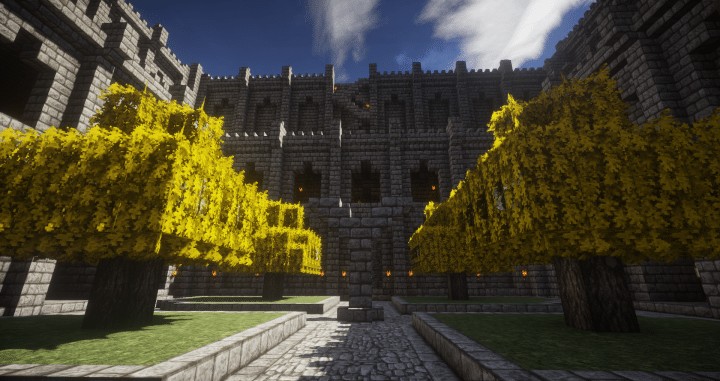 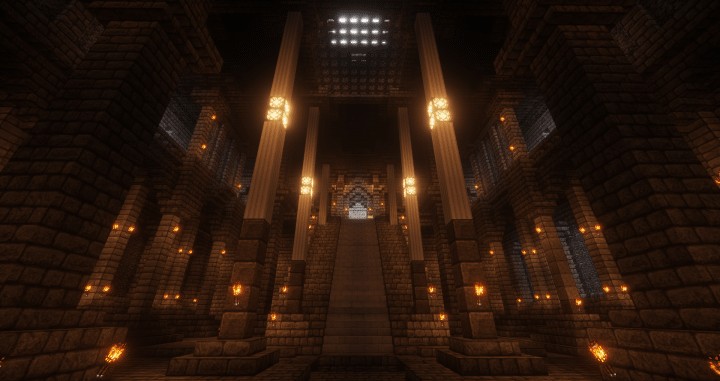 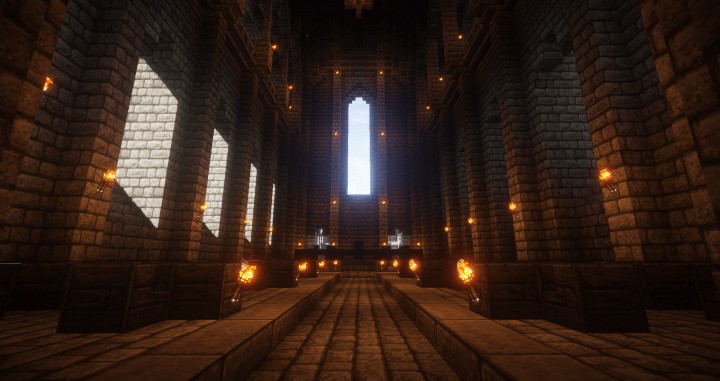 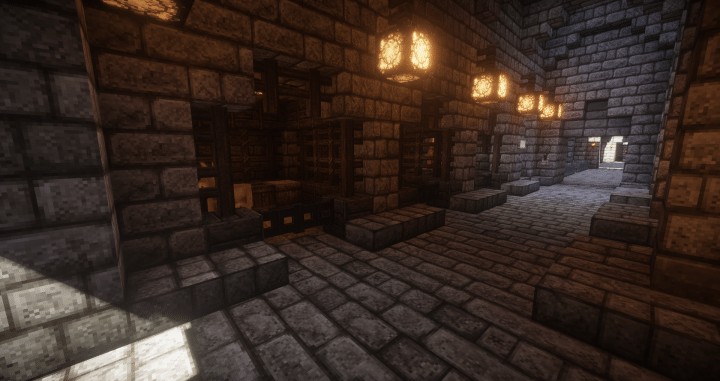 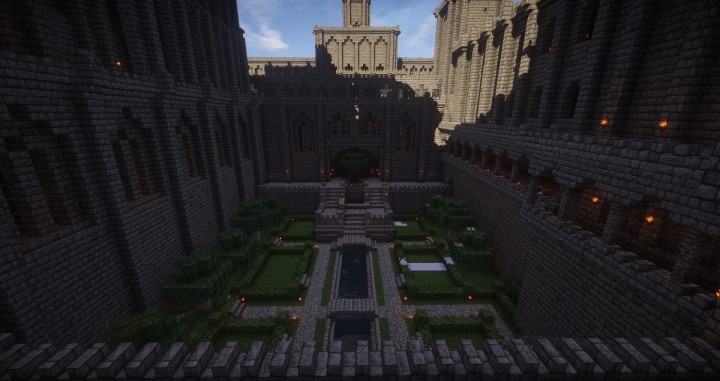 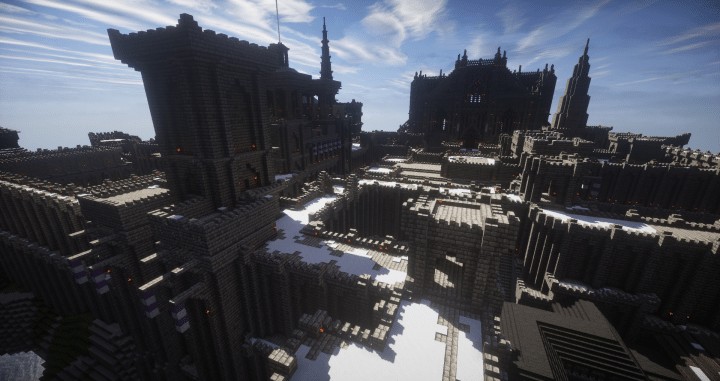 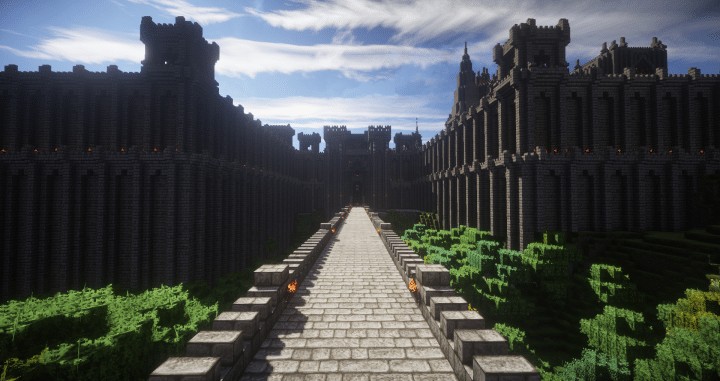 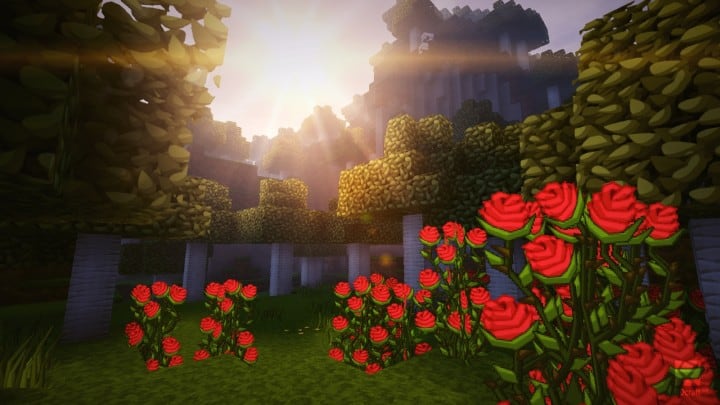 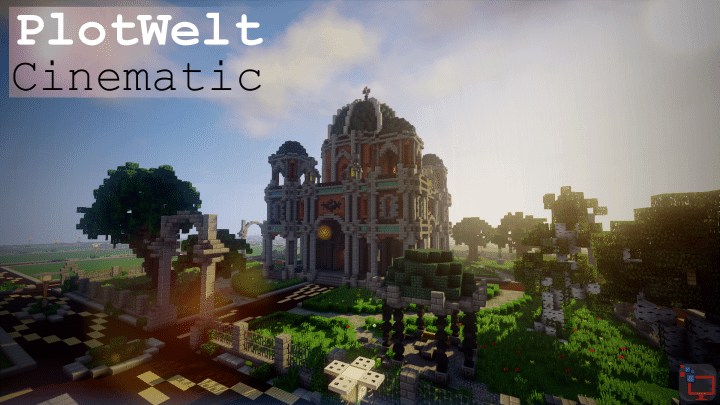 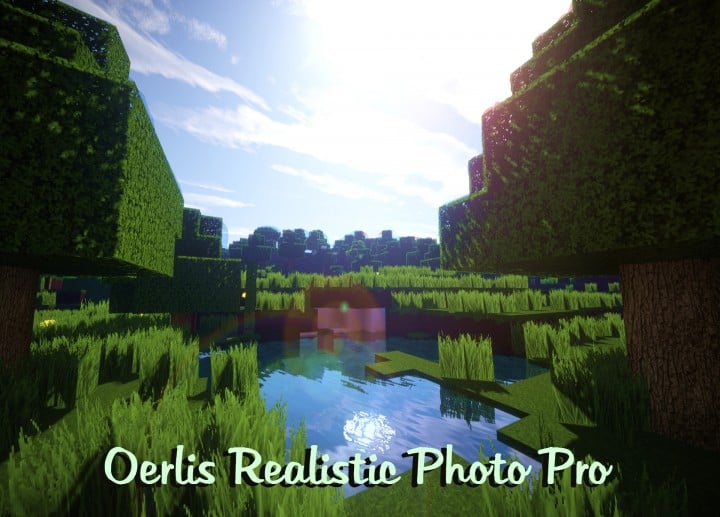