Hopefully you see those features/points as you explore the penthouse. 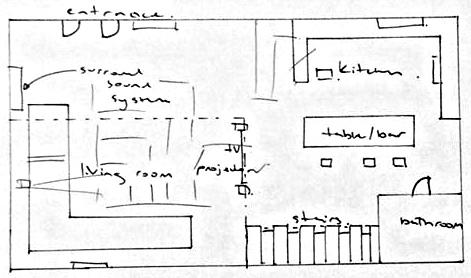 The first floor is completely open plan. It is divided into 3 sections: the seating/entertainment area, the kitchen and the lower bathroom. The entertainment area is dominated by a large L shaped couch and open ceiling, giving the illusion of more space.

(Drop down projector and a pan overview of the first floor)

A drop down projector allows the space between the entertainment area and kitchen to become separated depending on the occasion. In a social/drinking party, the projector goes up connecting the main space of the first floor with the bar and seating of the kitchen where food and drinks are served. During a movie/sporting viewing the projector comes down, dividing the space.

The lower bathroom acts as a divider for the first and second floors. The guests can simply use the downstairs bathroom rather than going upstairs potentially breaking the privacy of the residents. 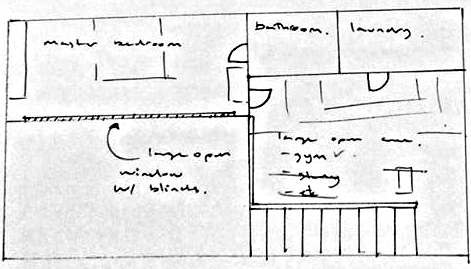 The second floor is the private section of the penthouse and is divided into 4 sections: the bedroom, ensuite bathroom, laundry and open multipurpose area. The bedroom features a massive window that extends the length of the longest wall allowing sights out into the city. At night, blinds in the bedroom allow for privacy.

(Demonstration of the blinds opening and closing)

The ensuite bathroom comes equipped with a fully working shower, mirror, towel rack, etc. A demonstration of the shower is shown:

The laundry is simple, but a must have in my opinion. It also comes with plenty of storage. The open area to the side of the bedroom can be set up as many things. In this case, I have shown it as being a small private gym. I imagine the person living here to be very into keeping fit and healthy on his days off, fueling his party lifestyle.

There is one hidden feature/gimmic of this penthouse that I have not shown. Comment if you find it!

Notes:
– All command blocks are within the bounds of the interior nothing is being spawned outside the walls
– There are a bunch of nophysics features. Please take care when spamming buttons, or touching the snow
– command block output should be off by default on the map, if it isn’t type: /gamerule doCommandblockOutput false 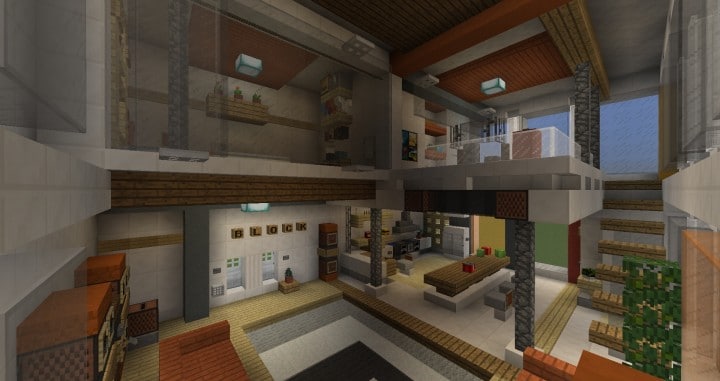 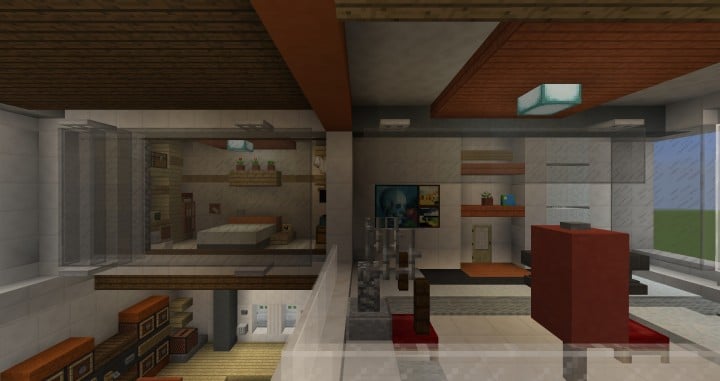 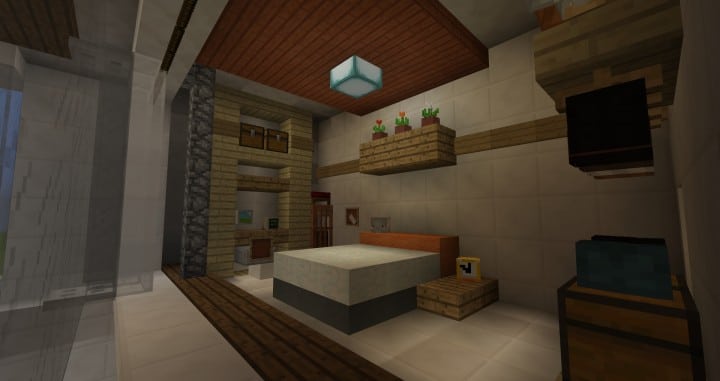 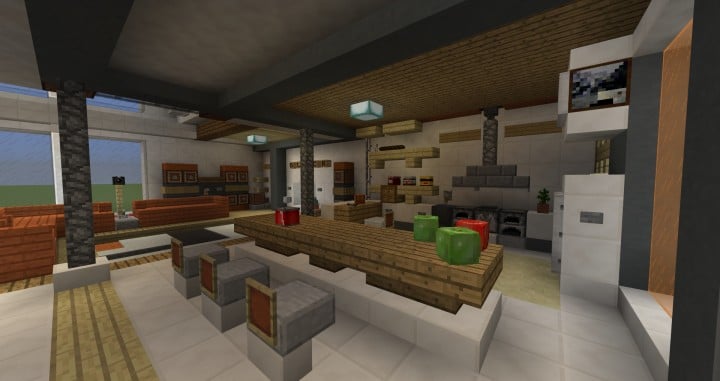 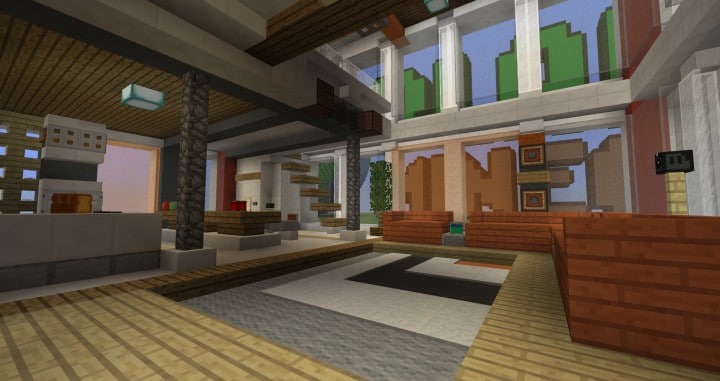 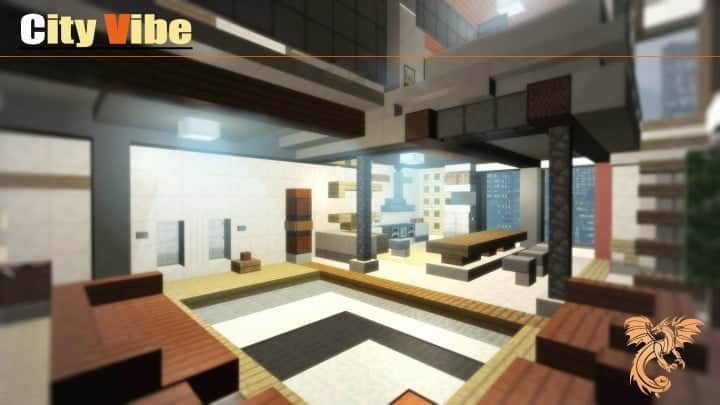 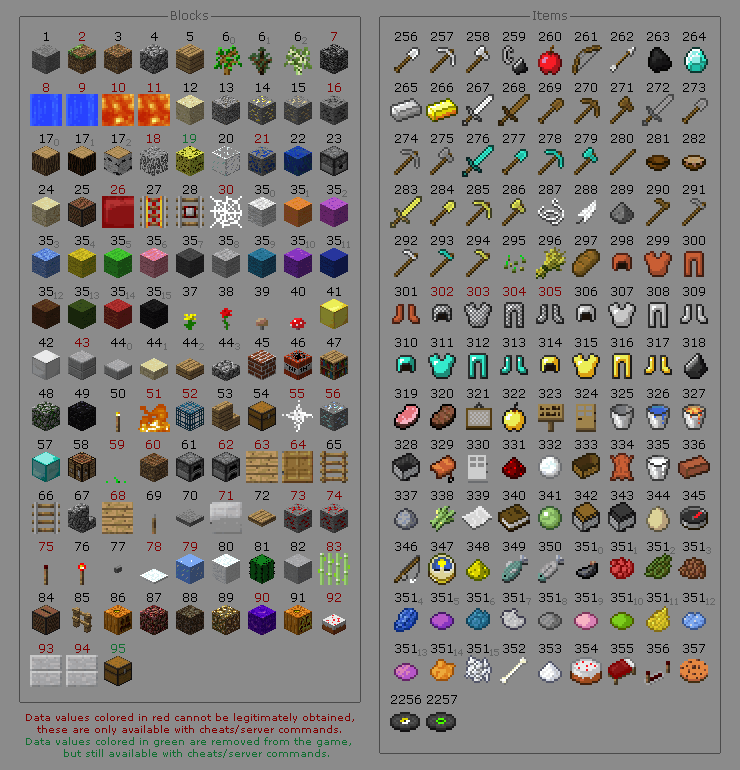 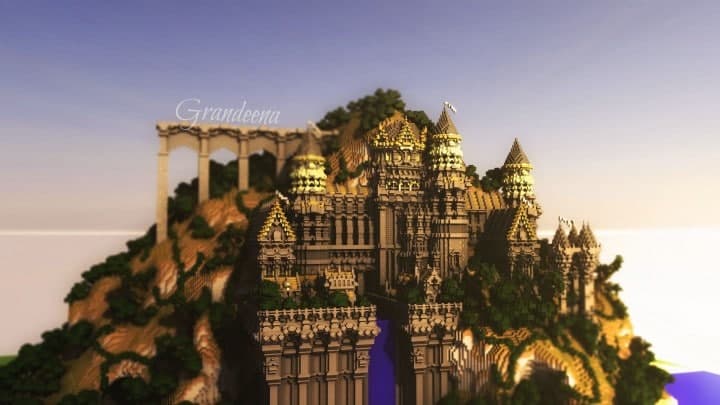 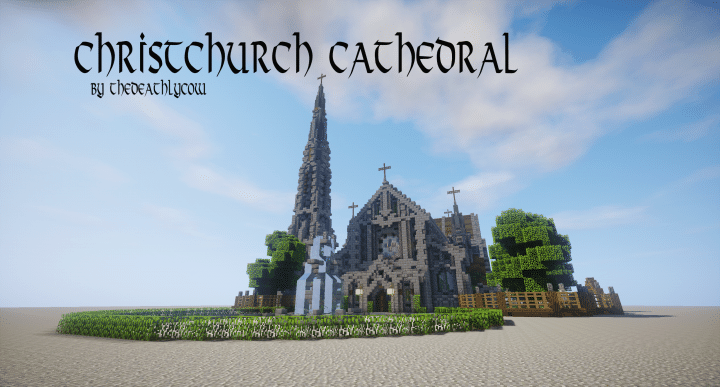