Some words from the builder KimXi

This is the second and largest project of my “Castlecraft” installment that I have been working on since June. Its 13.2 million blocks of epicness, exterior is finished, but still 70% empty on the inside, and I have no time to work on it any longer. I might finish it in the future, who knows.

Anyways, it started with an idea to build an epic castle with a lot of details, but my mind was drawing a blank. Then I saw a picture of the beautiful Schloss Marienburg, a Gothic revival castle in Lower Saxony, Germany (Thanks Wikipedia! lol). It has a lot of details, so it was perfect.

I realized early on that its gonna be in a large scale so I can get all the details and circles right.
(Currently 320W x 325L x 127H)

As of now I have probably seen every single picture and video of this castle there is on the internet. Due to several blind spots etc.
Due to the large scale you will feel very small and close to the floor, since its more meant for a 4-5 block high person, rather then the usual 2.
So pretend your a small child once you’re exploring it.

John smith texture pack used in all the screenshots. 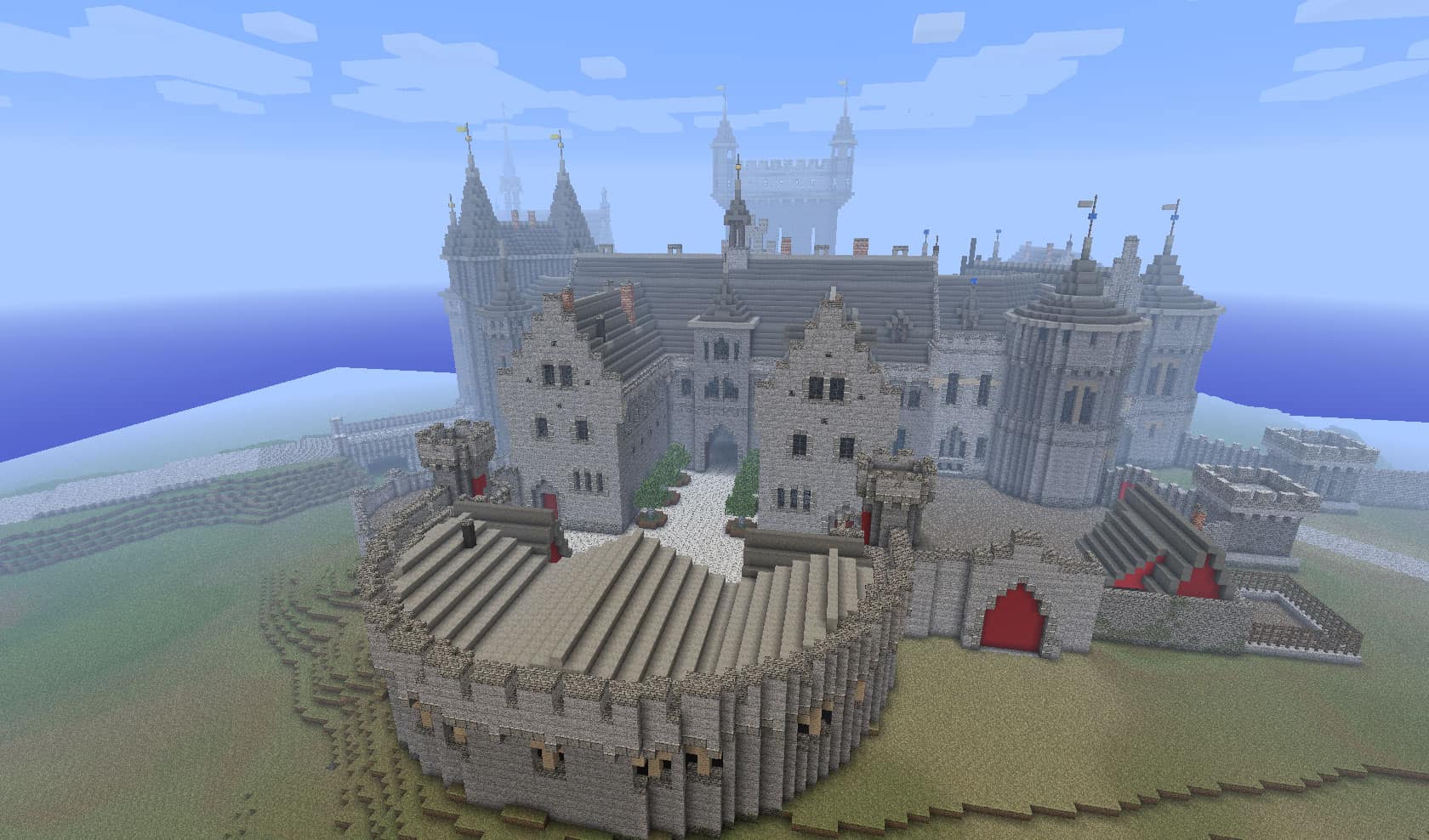 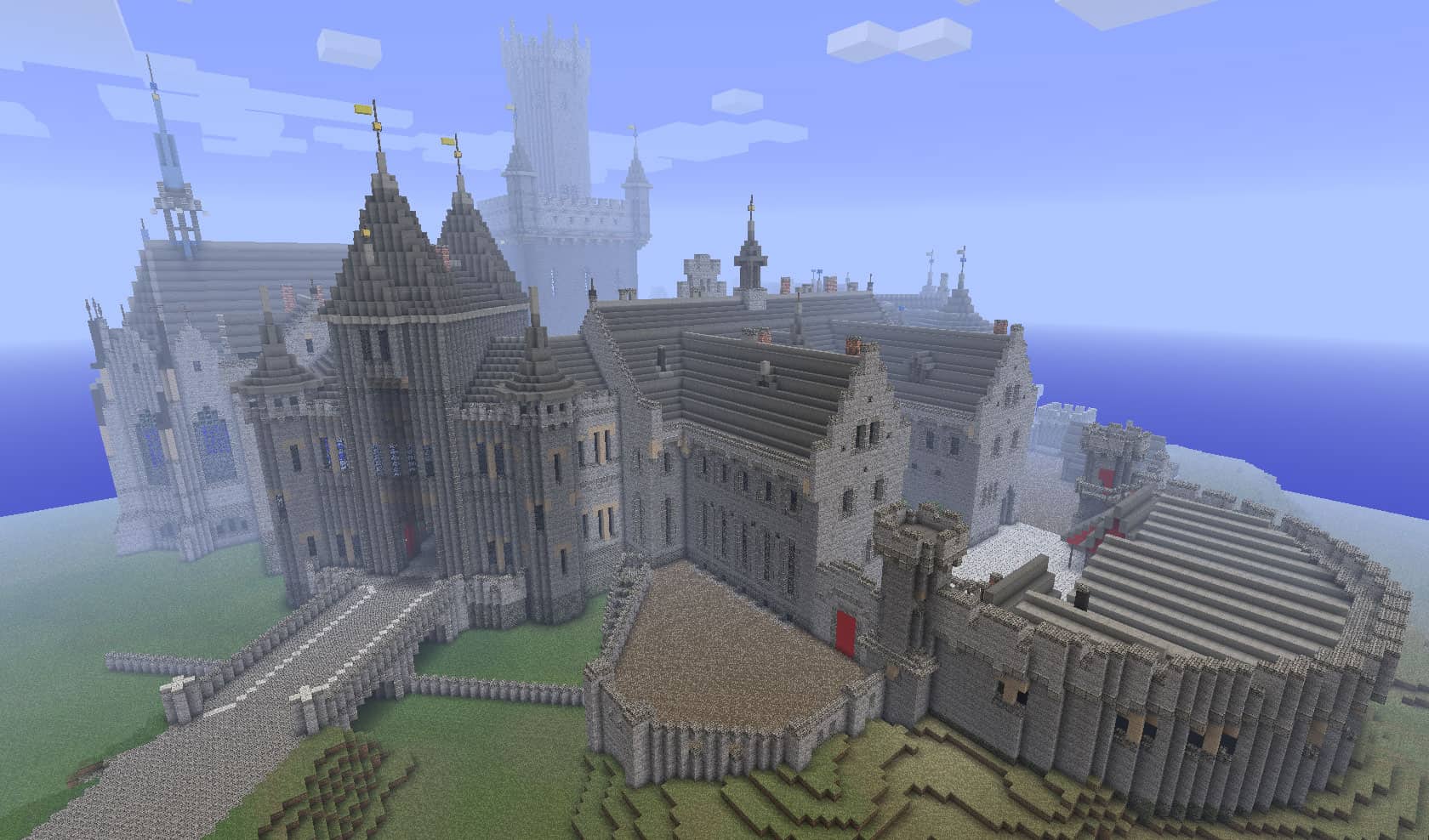 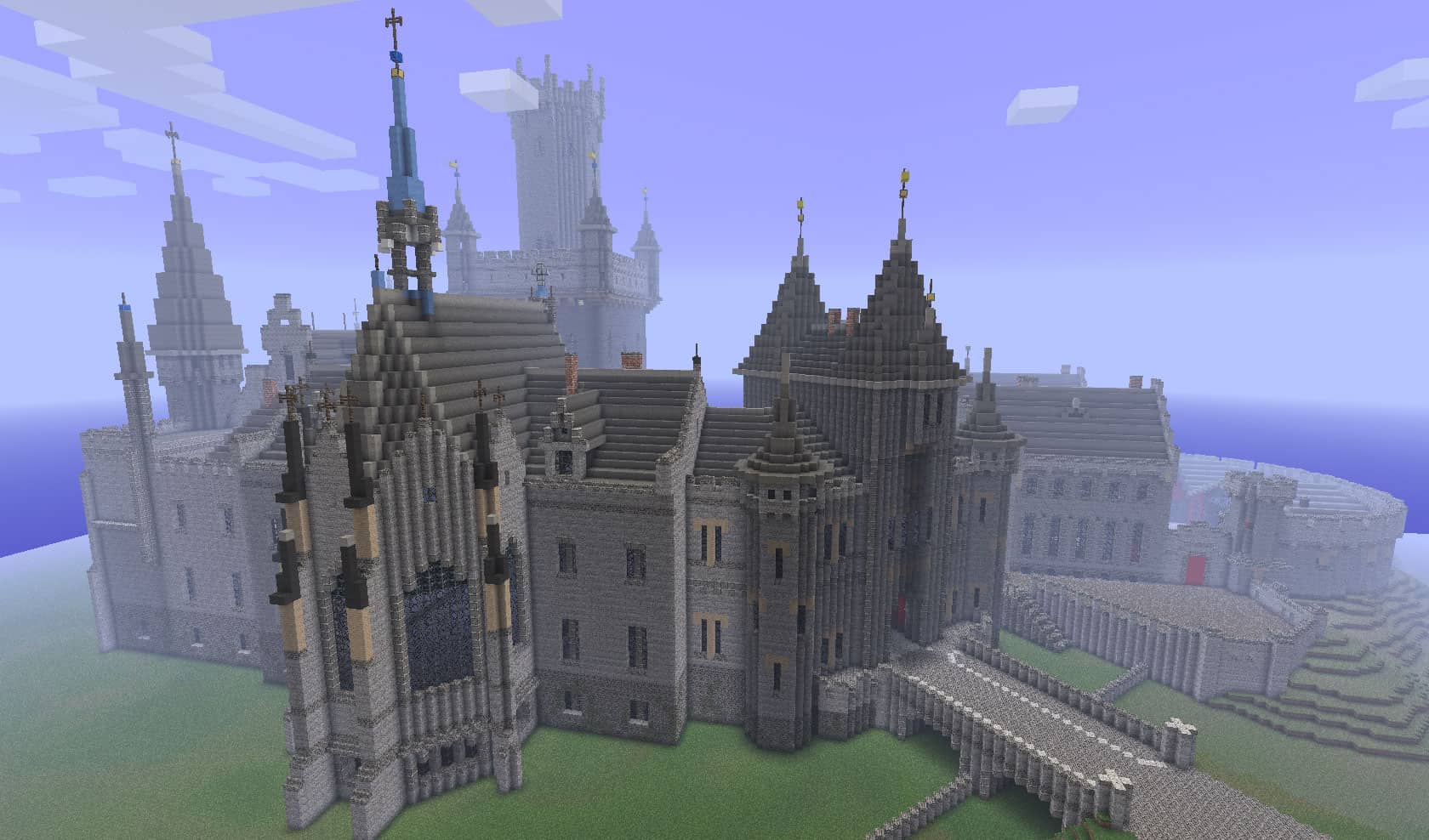 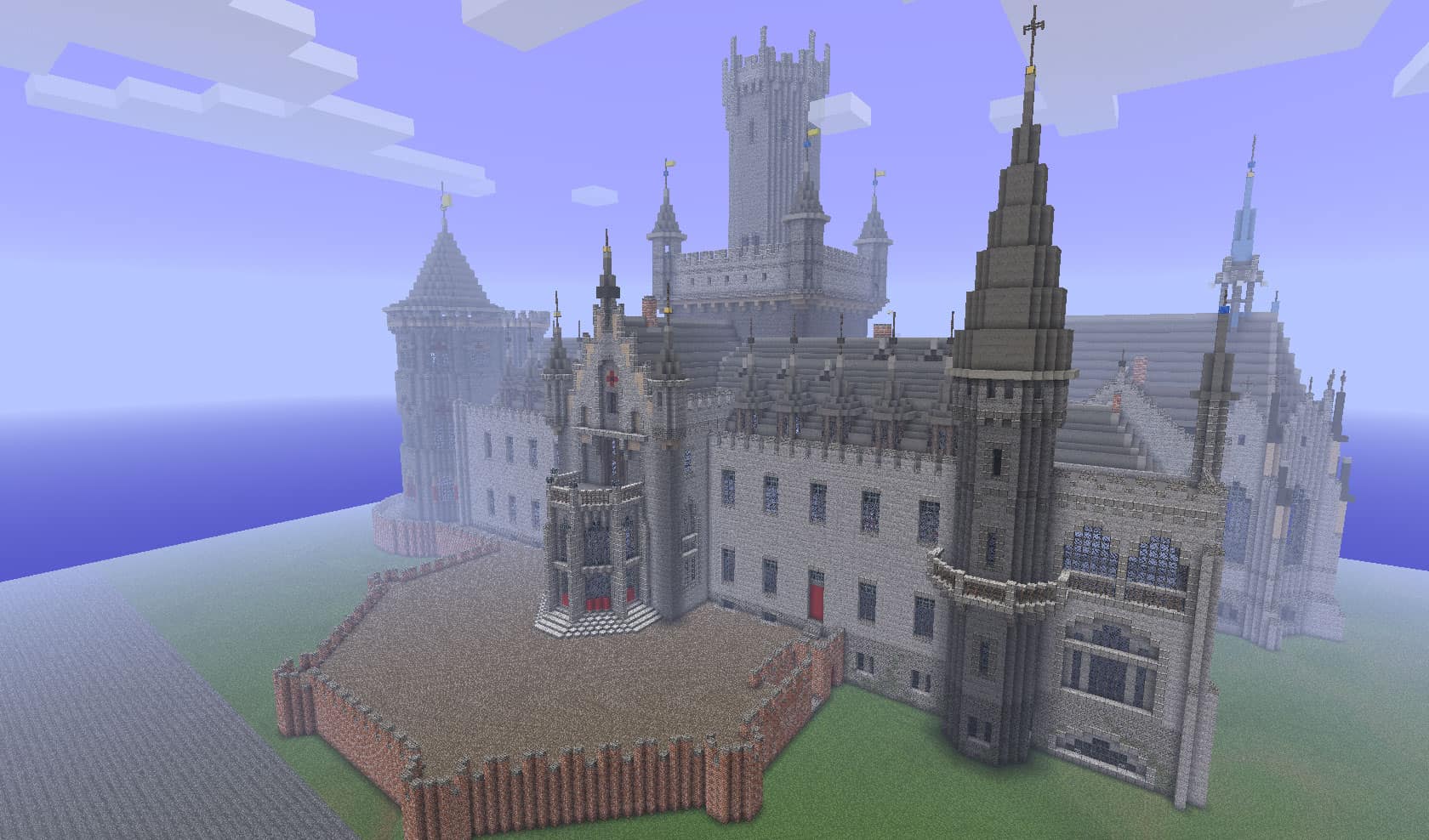 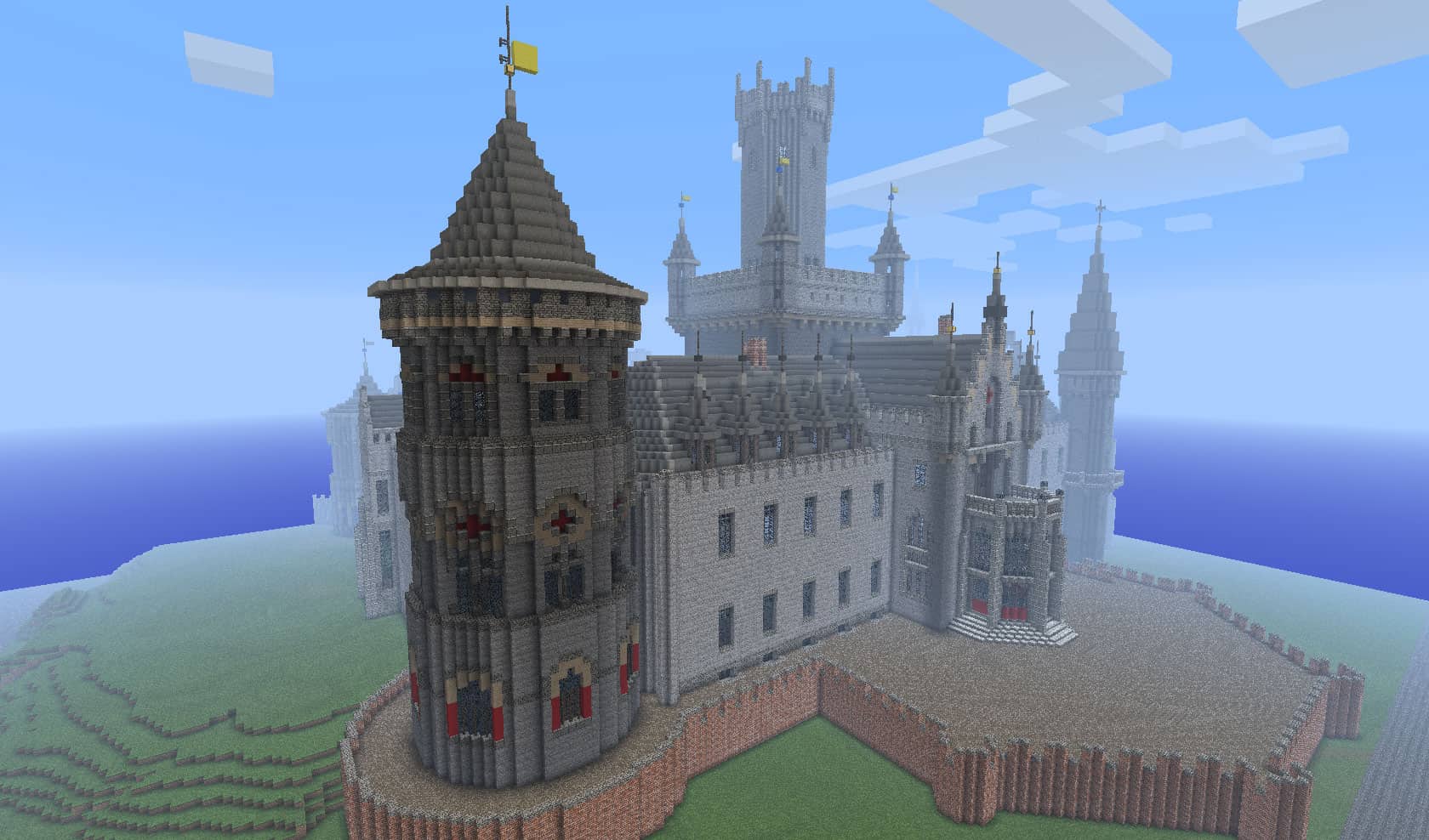 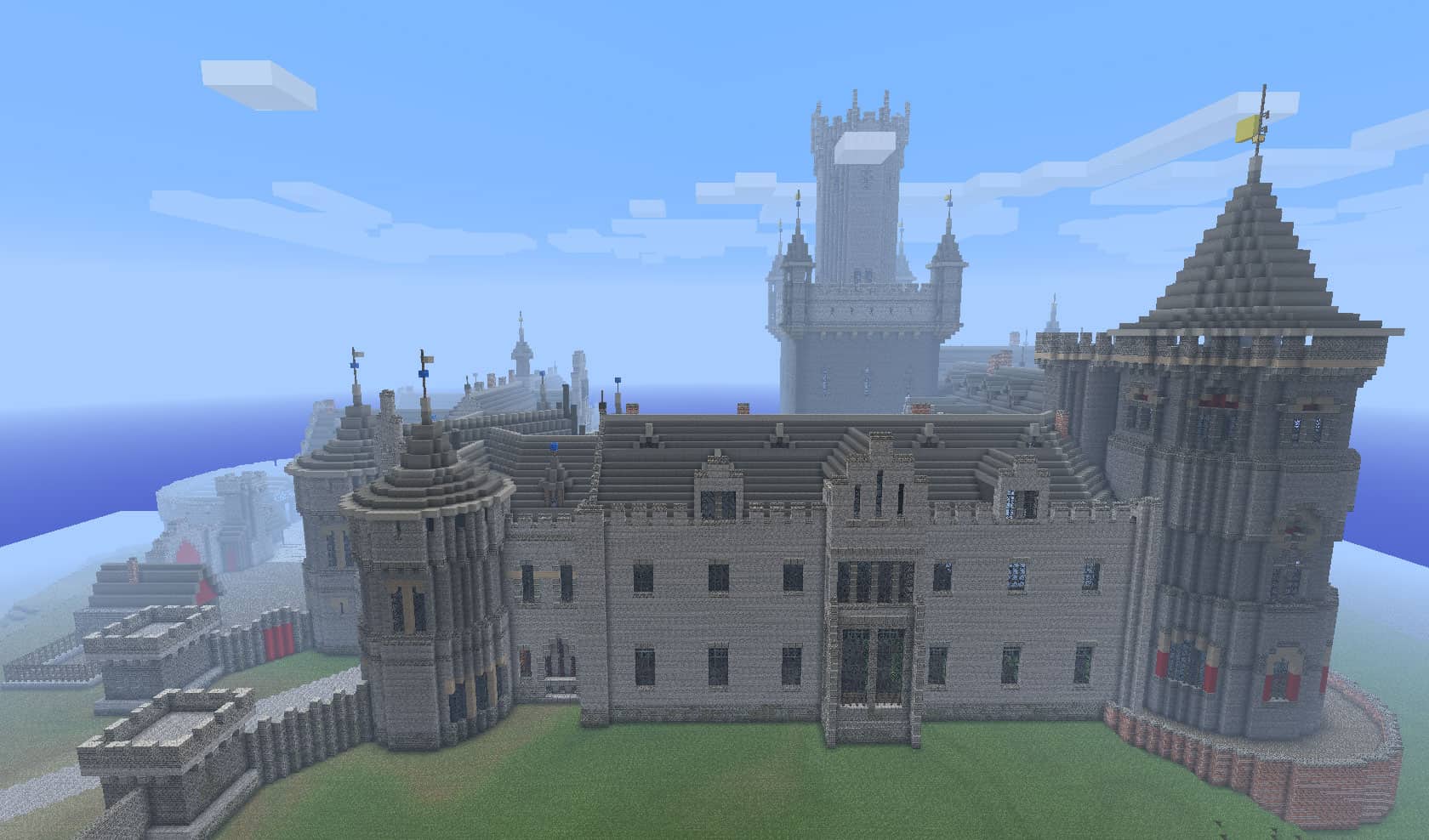 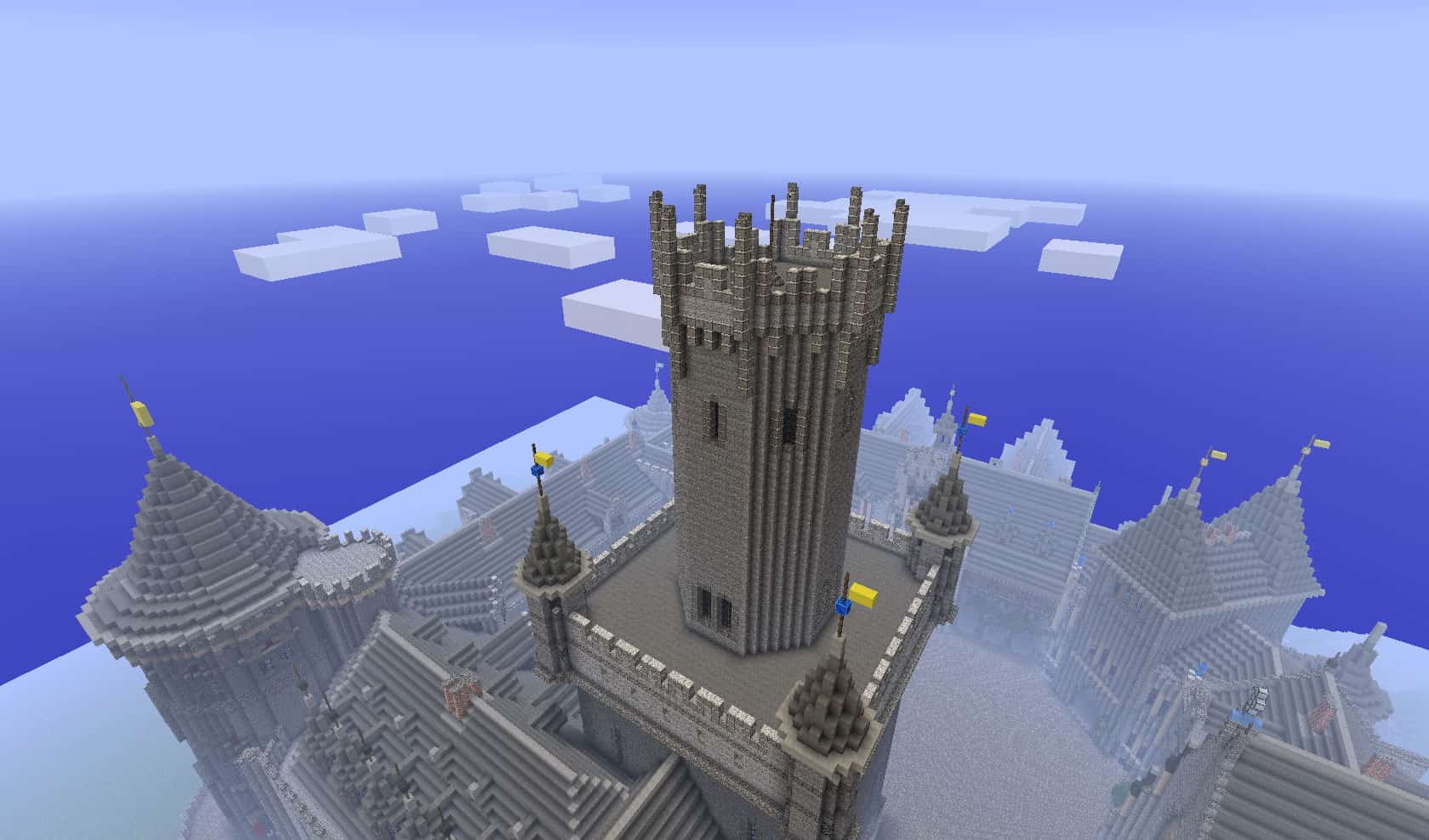 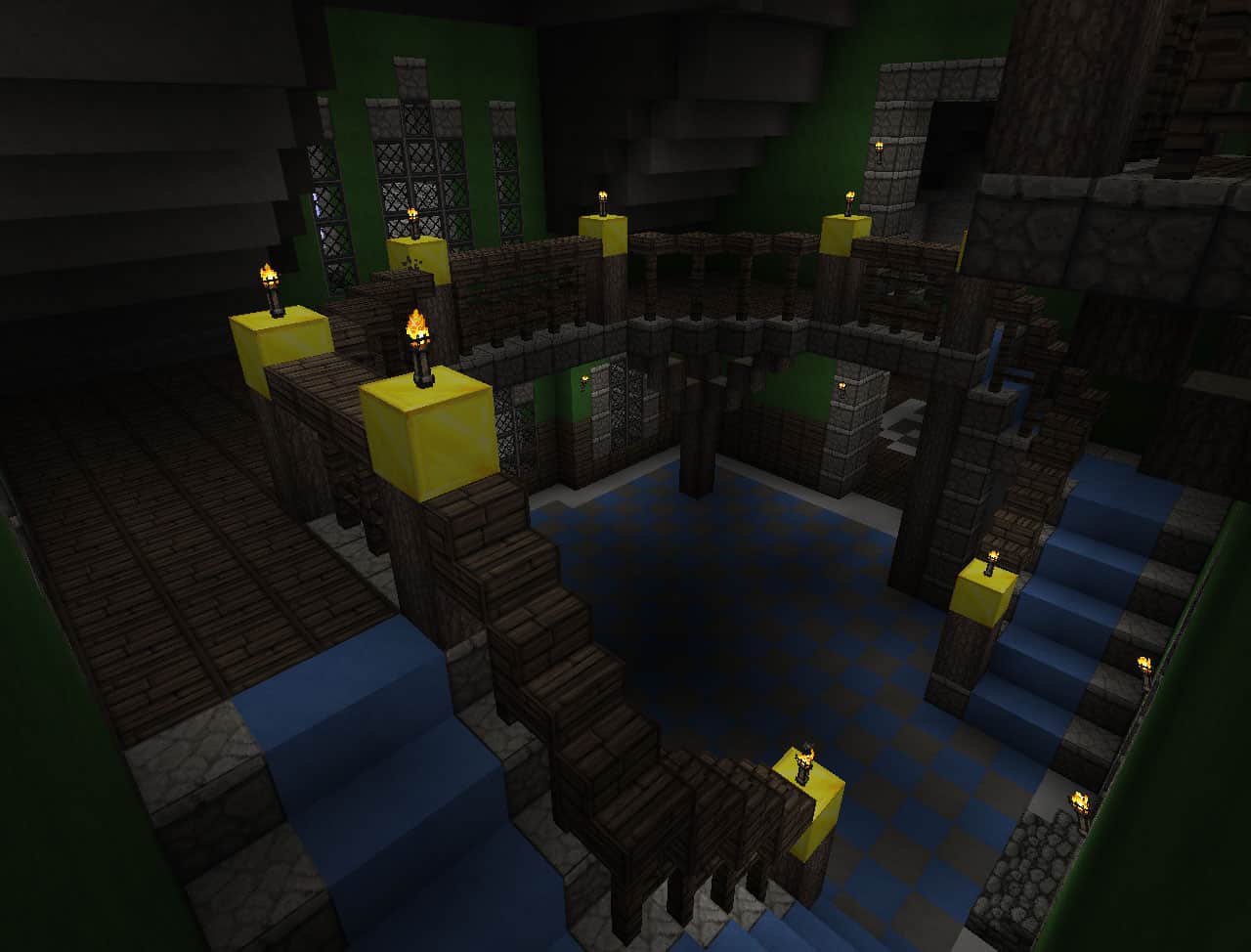 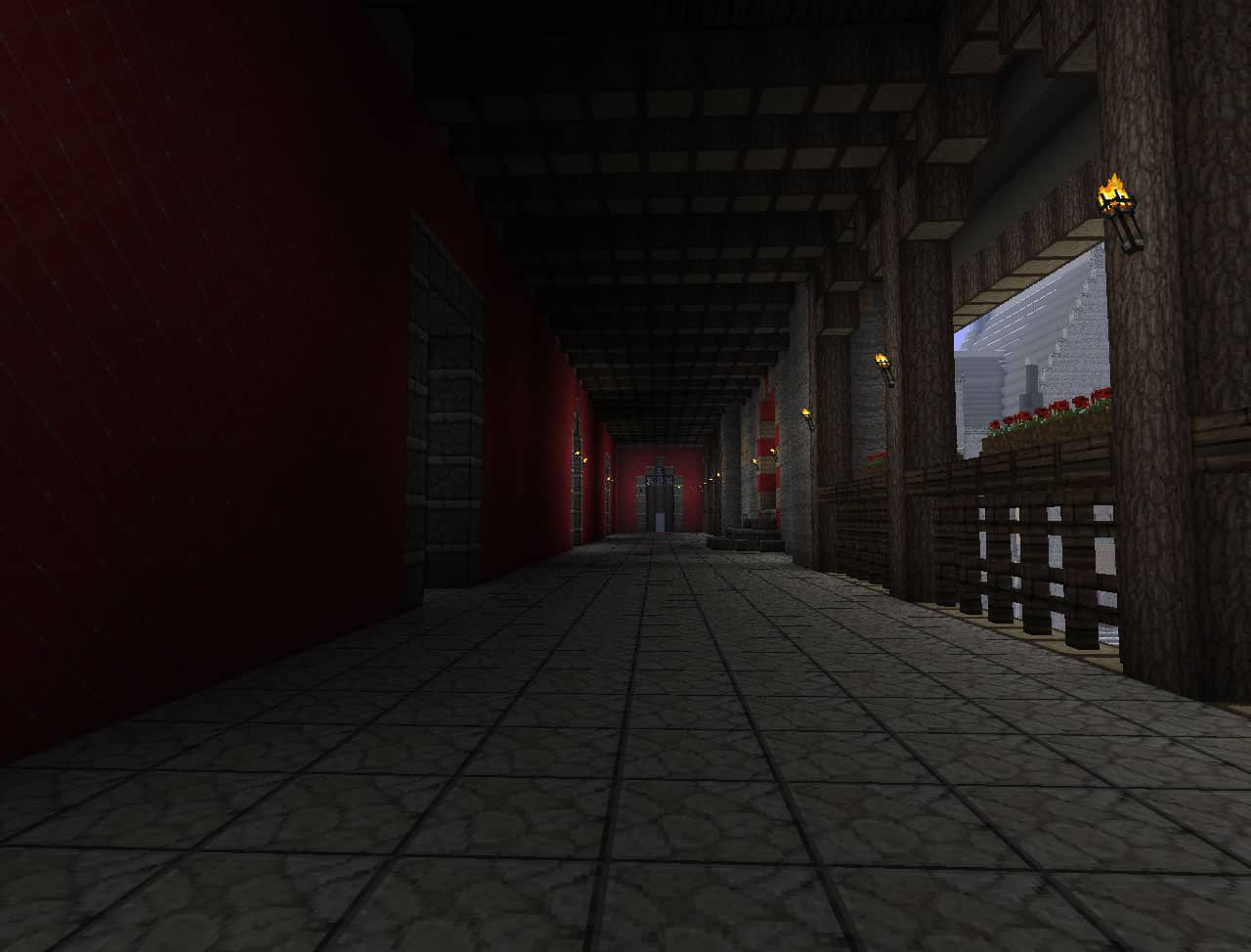 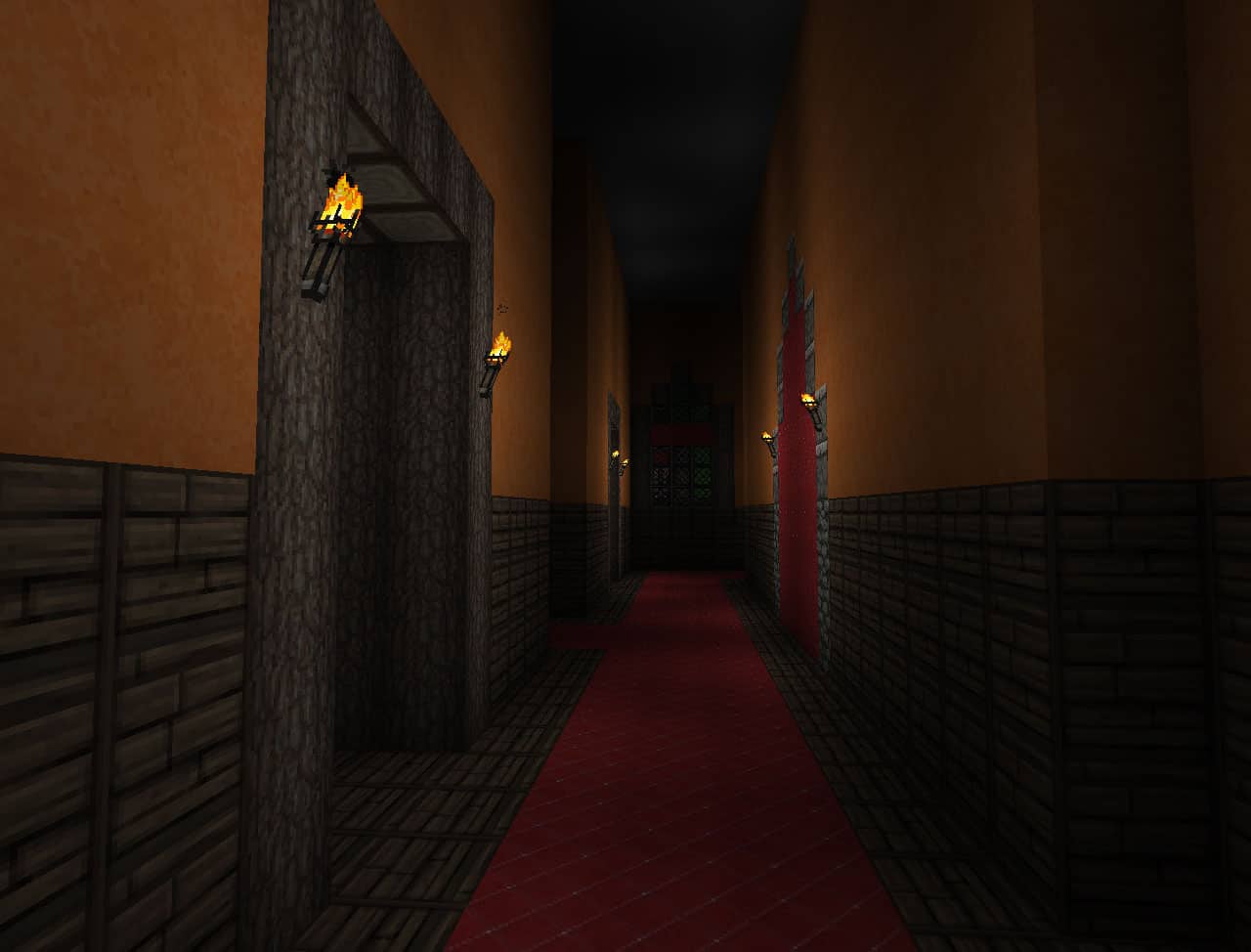 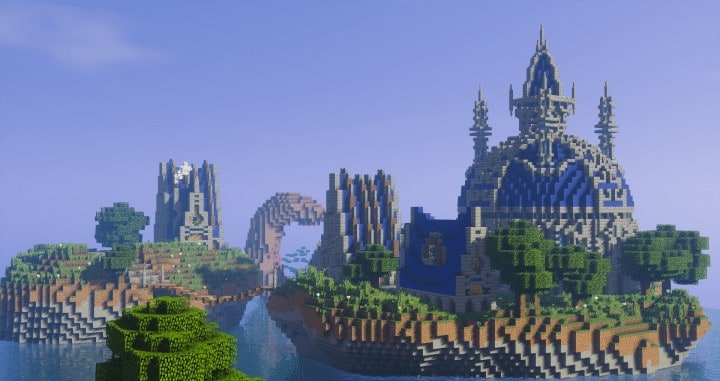 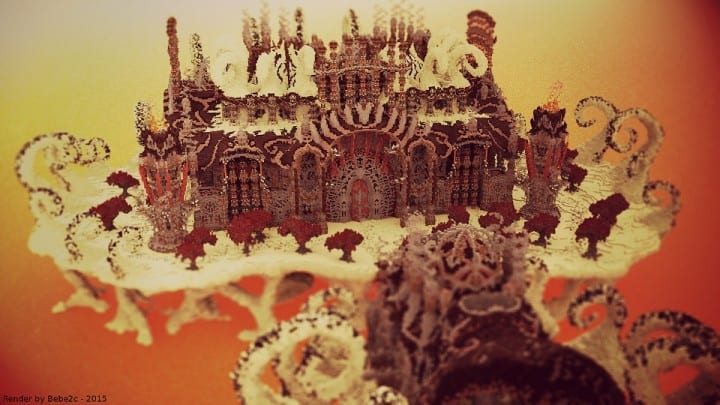 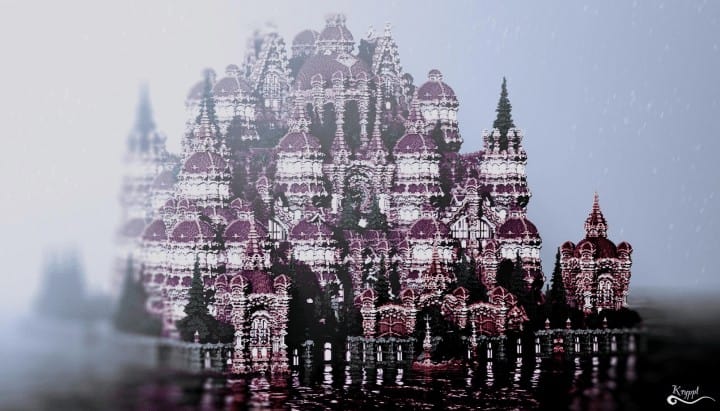 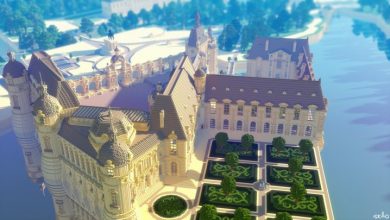