Minecraft game was initially released over 11 years ago. It is surprising to see how this game is still popular among adults who started playing when the game was released in 2009 and is still gaining lots of new players from all ages.

The popularity of this game has been increasing steadily along with time. Hence, it is worthy to deep dive and take a look into who plays Minecraft in this case study made by us with data publicly available online and some of our insights.

In October 2018, the total number of players on Minecraft increased by over 20 million which was one of their highest growth numbers since the day the game was released. In September of 2019 the game was attracting over 112 million players on average every single month and by May 2020 the number was estimated to have increased by 14 million more worldwide. This clearly shows that the popularity of this game is increasing, regardless of how long it has been out.

Looking at our data, from the visitors we get almost 57% of them are from the United States. This blog is quite popular among players in Western Countries since it’s written in English but we have visitors from all over the world. Apart from the USA, we can see millions of Minecraft players visiting us from the UK, Canada, Germany, and Australia as well.

It appears that people who play Minecraft are quite addicted to the game as well. This fact is proven according to the our stats analyzed between 2017-2021. As per statistical records by our famous blog on the Minecraft community, it was identified that 14% of the visitors keep returning to the site from time to time. And even more surprising, 2% of the total visitors in those 4 years have come back to us more than 10 times.

This is a clear indication that they keep on playing the game, people return to get the latest updates related to the game and new builds we find online.

As of now, four versions of the Minecraft game have been released for the players. Out of them, Minecraft Dungeons is the most popular. This version of the game has got more than 10 million players all around the world. These players are playing the game from different platforms where it is supported.

When Minecraft was made available on multiple new platforms, the popularity of this game skyrocketed. For example, the game was officially made available to Nintendo Switch, Xbox One, PS4, Xbox X Series, and Xbox/PC Game Pass during May 2020. As soon as the game was released, players all around the world went ahead and started playing it. We can assume that this happened along with the lockdowns that were in place during that time because of the COVID-19 pandemic. People must have started playing Minecraft to overcome their lockdown boredom.

Even if the Minecraft game is currently available for the players on different platforms, the mobile game is still popular among most of them. The mobile game Minecraft was initially launched to iOS and Android platforms in the year 2011. As soon as the game was released, people started downloading it. This has been among the top downloaded games for both platforms throughout the past decade.

One of the biggest reasons behind the popularity of the Minecraft game among mobile players is the survival elements that come along with it. This is allowing the players to keep on playing the game on different platforms. Since people were so addicted to the game, the developers were able to secure an impressive revenue through in-game purchases.

Gamers don’t just love to spend their time playing Minecraft games, where they can construct new things. They will love streaming the game. This is one of the most popular games streamed on Twitch as of now. If you take a look at the popularity of Minecraft streaming on Twitch, you can see how it skyrocketed in 2020, probably also because more people stayed at home more frequently caused by the pandemic.

Since you have the freedom to build anything on Minecraft, the stats on what people build on the game provide diverse results. However, it is clear that people prefer to keep on building new things even when blogs as ours provides players with already completed builds.

When do people play?

According to our traffic, it looks like most players are at least researching builds mostly over the weekend (Friday to Sunday) but it’s fair to make the assumption the same people are also playing during those days as anyone would expect since it’s when most people have most free time. Surprisingly to us, Thursday is the day when we get the lowest traffic.

2018 the best year for Minecraft so far

The revenue secured by Minecraft mobile game during 2018 was 7% higher than what it could achieve during the year 2017. In the very first quarter of 2018, the game could secure a revenue of $30 million. As represented by the numbers, the highest revenue was generated by Minecraft players who were based in the United States. They were able to contribute towards half of the revenue, which was equivalent to $5.5 million. This is one of the highest earned games in history as well. According to the global mobile revenue index, Minecraft is holding 95th position for both Android and iOS platforms.

But the game hasn’t started growing and sales go up every year, yes 2018 was the best year but as you can see in the chart above with data provided my Mojang sales increase every year and almost in the same level.

You would have thought we were starting our case study with data about kids playing Minecraft but as mentioned before this is a game widely played by all ages, and even more surprising, people who started playing the game 10 years ago are still playing so if they were 12 at the time now they are young adults.

According to research done by Mavoa in 2018, emulating the increase in demand for tablets and personal computers in children, the game also grew its community among kids aged between 3 to 12. Most children from 3 to 8 play the video game from their personal tablet. And 50 percent of children from age 9 to 12 were playing in the PC-based version of Minecraft.

Despite the belief of connecting video games to being a solo activity, 80 percent of children in Mavoa’s research stated that 80 percent of children played Minecraft with someone else either someone in their home, meeting up with friends and even other players online since Minecraft has thousands of communities to play together in different servers.

Minecraft is not exactly gender neutral among kids

Minecraft creator proposed that gender does not exist while playing the popular video game. According to the same research, she discovered that the goal made by the game creator does not appear to be achieved yet in actual player demographics in kids.

It was found out that girls with age starting from 3 to 12 are much less likely to play Minecraft than boys. The analysis showed that from that age 54 percent are boys and 32 are girls. Looking into more detailed data, there was a significant difference from kids age 6 to 8 which stated that 68 percent of boys and only 29 percent girls (missing percentages couldn’t be determined).

Minecraft can pave the way to a career in STEM

There is concrete evidence that Minecraft as a video game can be used to enhance and increase interest and abilities in areas that are related to science, technology, engineering and math (STEM) industry work and careers. The involvement in online gaming by children and some adults can broaden their interest in technology development as it enables students both young and old to be more creative and innovative. Minecraft enhances the thinking process of children if they are well instructed and well monitored by their parents.

Some other analysis conclude that Minecraft can be useful for students, teachers, lecturers and even parents to achieve their goals of the common core state standards (Lorence, 2015; Magee, 2015).  Minecraft does not stand only for a video game that allows young students to create virtual worlds; Minecraft has now evolved into an educational instrument used as a platform for teaching and learning creative contents. It can help students from the grassroots to learn concepts like history, computer coding, architecture, UX/UI design and math. Minecraft has a platform called MinecraftEdu.com which is a slightly different version of the original Minecraft, this was created after realizing a lot of educational institutions were using the game in their classes and now it’s a widely used resource in schools.

How can teachers apply Minecraft in classrooms while meeting the Common Core State Standard?

There are several other researches verifying data concerning Minecraft’s positive impact on student’s learning, the approach of teaching practices in schools and in the classrooms are beginning to be understood and effectively used by teachers. For example, a former third-grade teacher who is also a parent from the Western U.S, became eager to know about Minecraft after he watched the game for the first time, and he started using Minecraft to teach common core Math, Science, Computer Science and ELA. He introduced a curriculum which he named Mathcraft, this has helped his students in a positive way and the Mathcraft he created improved his third grade students’ scores from a low percentage of 18 to that of 84 percent in one academic school year. He taught and encouraged students in different grades to make use of Mancraft’s game blocks  hands to create and solve math problems.

Saez- Lopez, Miller, Vazquez- Cane and Dominguez-Garrido (2015) tested the efficiency and the effectiveness of MinecraftEdu.com. The researchers evaluated it among sixth to eight graders on courses like history and architecture with students from the United States and Spain as subjects. The objective of the research was to understand and evaluate the outcome of students performance with the use of MinecraftEdu.com. The result showed student’s appreciated the usefulness and implementation of Minecraft Educational platform in their schools. They made the conclusion that there was high creativity among students in the schools when their teachers implemented the use of MinecraftEdu.com in their classes.

In addition to that, a teacher from the midwest who teaches eight-grade social studies made use of Minecraft to encourage his students to write a law  to draw out governmental and economic policies for slaves and Native American. The students made use of Minecraft to create a two dimensional map to construct Churches, halls, farmlands, black Smith’s shops and later intersect roads to their virtual colonies.

Minecraft can also be played by students with special needs.

Playing and choosing the right kind of video games is essential for all children, students and adults with special needs. Silver-Pacuilla and Helsel (2007) suggested that teachers and parents should avoid overly dicey, complex instructed video game instructions for students with special needs. Their research suggests the use of this type of video game will help them to improve their skill in learning and creating something new leading them to be more creative.

Minecraft can be played by anybody, old and young, male or female, whoever who  wants to improve their thinking process and increase their creativity. We can expect the popularity of this game to further increase in the future as well. Based on the current trends, it will be a game that people would love to play at least for the next 10 years.

If you haven’t started playing Minecraft yet, go ahead and do it now. You will love what it can offer to you. 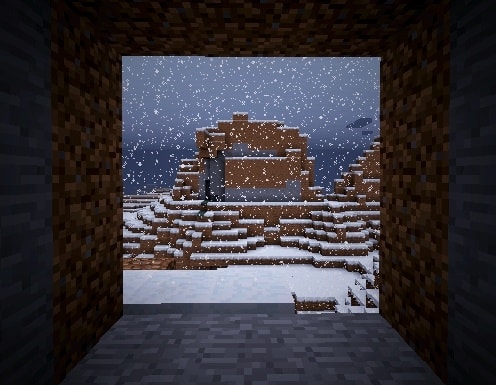 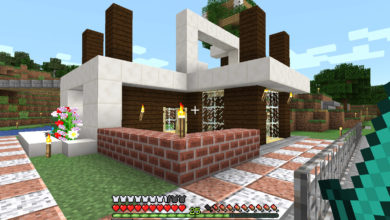 Top 5 Minecraft Building Tips To Tap Into Your Inner Architect