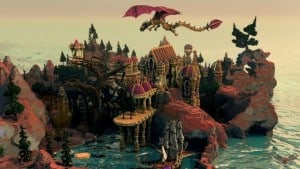 Today we present to you Niteal,  a project which we have been working on for the past month and a half. It has been the work of our whole team and some others – helpers. This project was an attempt to create a detailed and interesting map which can also be used. This is our first build as a team and in the future we hope to produce more amazing maps. We are really proud of this map and we hope you enjoy.

Gilliame was not your typical hero; he was a humble, pious man who sought solace in scripture and solitude. Hoping to find enlightenment and bring himself closer to the heavens, he set out on a pilgrimage of epic proportions.
For many arduous months, he marched across the arid, scorched earth of the North, where nothing but dust remained and the coarse air burned his lungs. He crossed the treacherous dark oceans of wintertide, where the wind was a torrent of darkness and the waves threatened to drag his small sailboat to the dangerous depths, and where foul creatures lay in wait.
He climbed the highest peaks of Daggerfell, defeating the mountains one by one. Even as the days began to dim and night fell, He stumbled forward, one step at a time. Gilliame did not relent, for he had faith. Faith in a higher power; a higher purpose.
As months passed and moons changed shape in the darkened sky, he saw a glimmer of hope; crimson embers danced across the horizon and the wind whispered whimsical melodies. Running now, Gilliame raced forward. In the distance, he could see a land of unparalleled beauty. Waterfalls cascaded down lush mountainsides, full of life and splendor. Elegant spires of an enchanted, ancient city pierced the clouds. Surely the work of the gods? Gilliame thought to himself, surely such magnificent buildings could not have been shaped by the hands of men?
As if in answer to his question, a fearsome bellow could be heard in the sky, as a glorious dragon of effervescent, yet terrifying beauty circled the buildings, threatening to destroy any man who dared to defile such a place of beauty.
Gilliame had found the fabled city and he knew that his journey was over. For he had not only found God, but he had found himself. 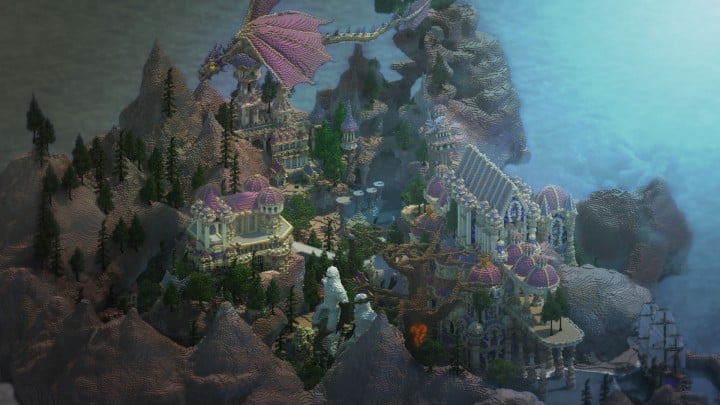 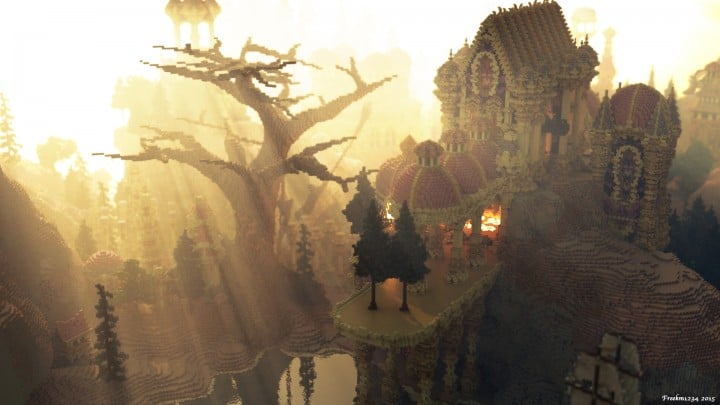 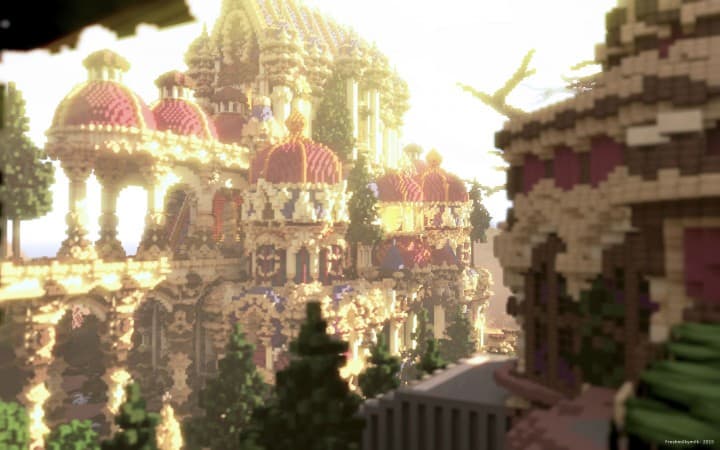 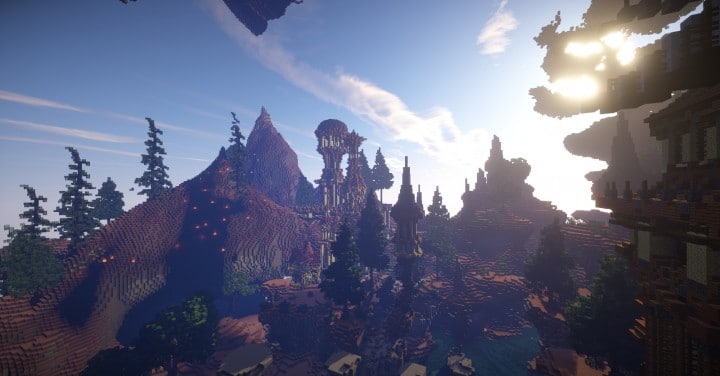 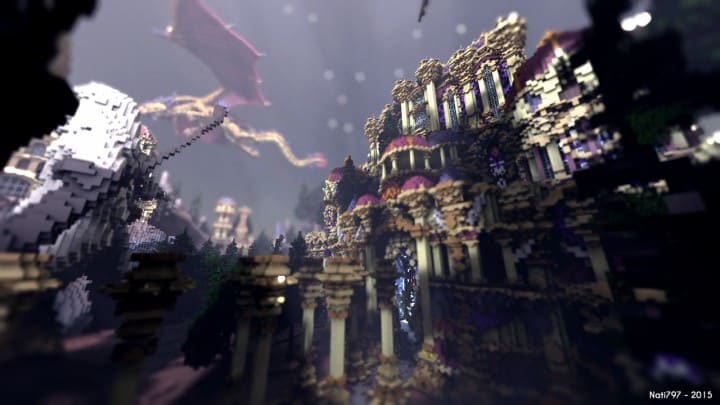 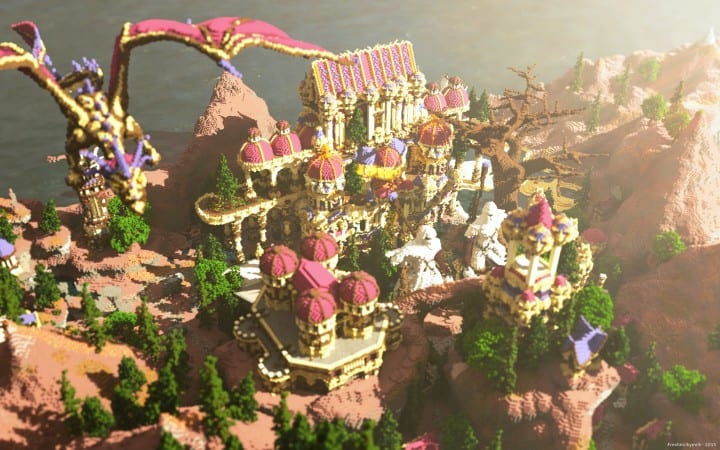 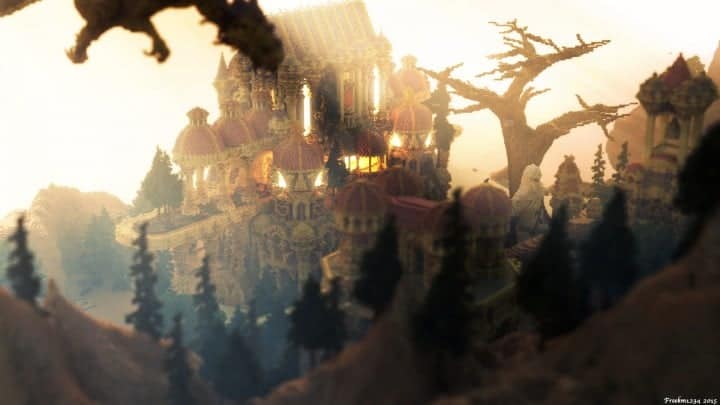 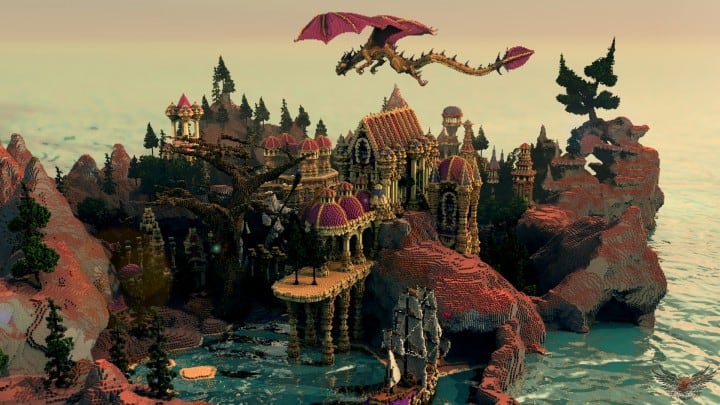 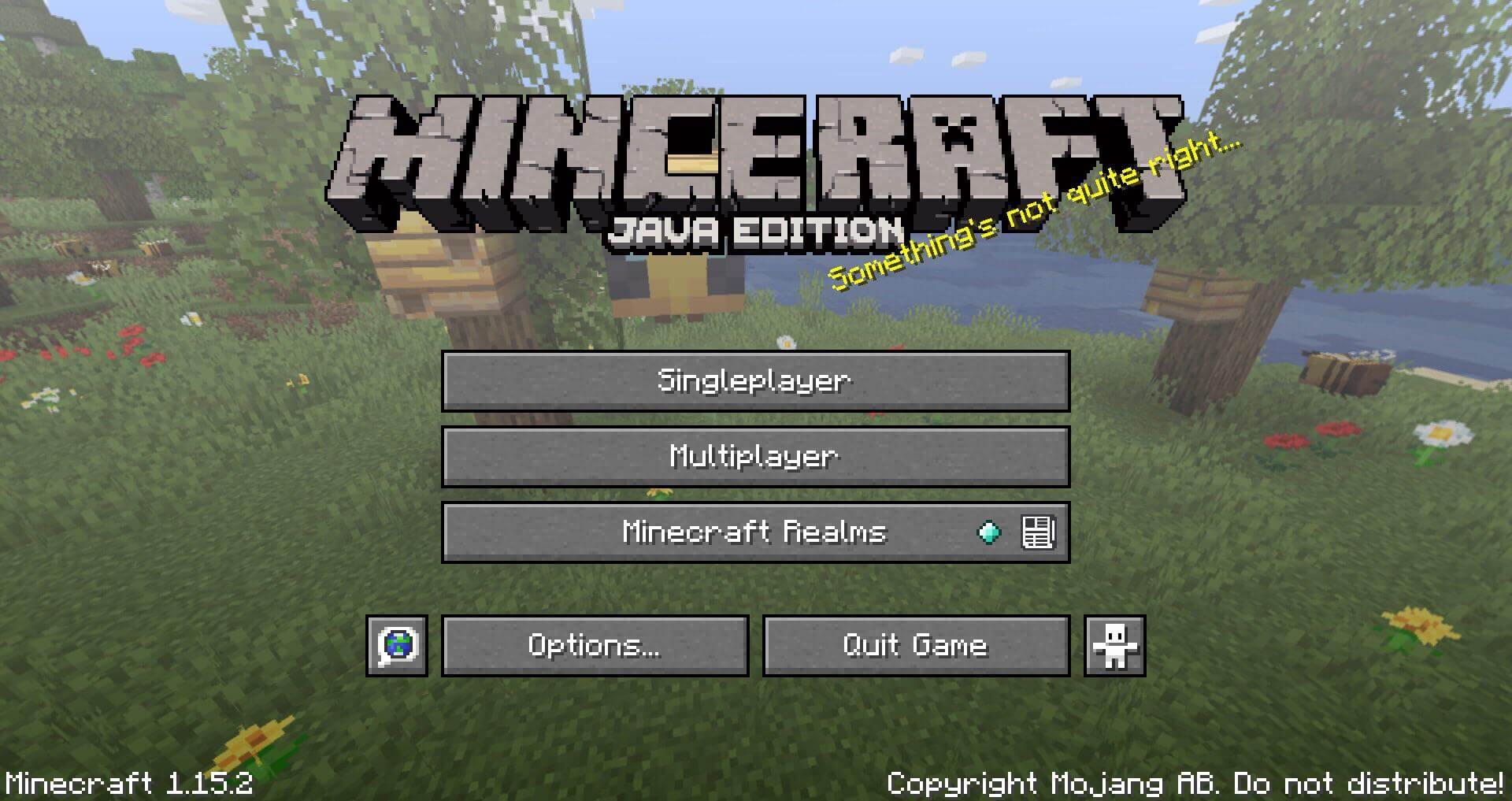 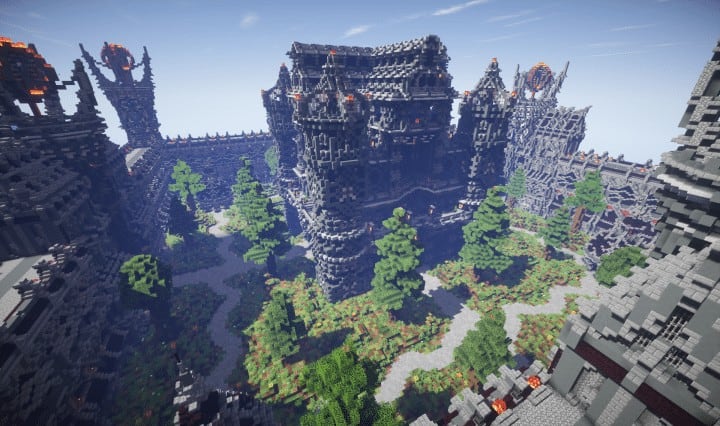