Take Your Superhero Life to the Next Level with Fisk’s Minecraft Superheroes Mod!

One thing we can all appreciate about Minecraft is how we can pretty much do what we want and be who we want within its virtual environment. That includes living the dream of becoming a superhero. We’ve already shared how you and your buddies can assemble to become Earth’s Mightiest Heroes in a previous downloadable. But that was just skins and a build. How would you like to go a step further and have actual powers?

That’s right. With Fisk’s Superheroes mod not only can you don the suits of a variety of DC and Marvel heroes but also gain their awesome powers. For those who don’t know, Fisk is a modder who runs an amazing server filled with all kinds of cool new ways to experience Minecraft. This Superheroes mod pack is just the tip of the iceberg of what goes on there. With this mod, however, you don’t even need to join their server to give yourself and your friends cool powers.

What’s In The Pack

Fisk’s Superheroes mod contains all of the necessary ingredients you need to play Minecraft with superpowers. By crafting and putting on the armor and costumes of your favorite DC and Marvel heroes, you can use their abilities in your Minecraft world. Here’s the rundown on what you get with the mod.

Fisk’s Superheroes mod makes use of a clever custom crafting (don’t you love alliteration?) system. In order to craft the suits, you’ll need to build a Suit Fabricator using naturally occurring materials called Tutridium Ore. The Suit Fabricator doesn’t use materials like other craftables. Instead, you can deposit Tutridium and other materials to build points which can then be cashed in for suits and armors of your choosing. You get 1 point for regular materials while Tutridium nets you 512 points per piece. Weapons and other items can still be crafted with regular materials and Vibranium Ore.

This build is credited to Kill3rCreeper, Gegy1000 and McSnazzy on Planet Minecraft. You can find their mod over here. There’s also a fun showcase video over on YouTube for you to check out some of the powers and suits. You can also join the fun on their modded servers that include the contents of the mod with even more superhero goodies. You can join with the following server IP: heroes.fiskmods.com 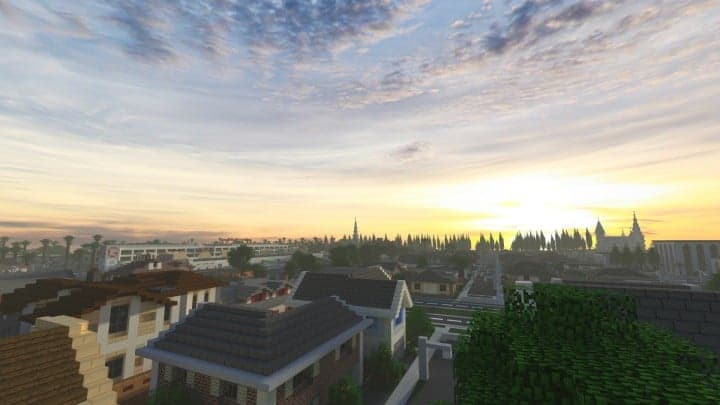 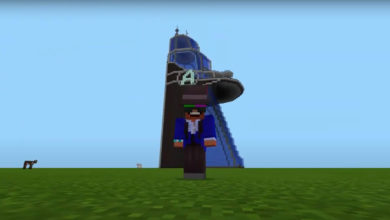