Far away, over the endless seas, lies the Clockwork Isle. Centuries ago, this island was a bastion of hope – a trading haven; nestled between pirate fleets and the cruel sea.

The Doge of the island and his descendants grew rich on the spoils of trade, creating endless towers which pierced the blue skies above. However, the years have not been kind to the Clockwork Isle. Rust & Ruin, the two harbingers of time and lady death, permeate the land and infuse the once strong iron towers with decay and death.

The once mighty isle is a shadow of its former self – looters have cruelly stolen most of the riches which once filled the castle and many of the floors and rooms lay empty. Begrudgingly, hardy survivors eke out a living on the edges of the island as fishermen – not daring to enter the once hallowed halls.

This is an unfinished project. I grew bored during its construction.

There are a lot of unfinished rooms and exteriors. 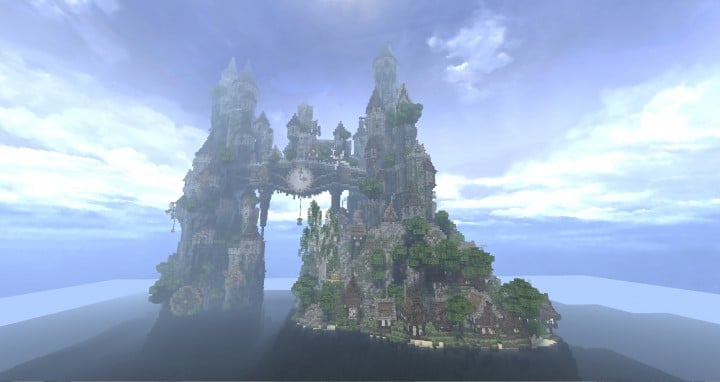 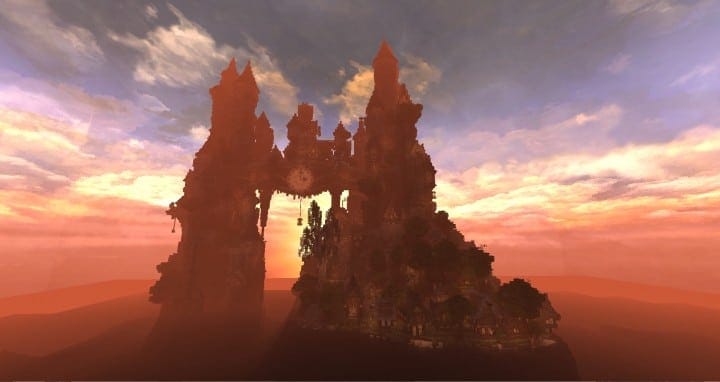 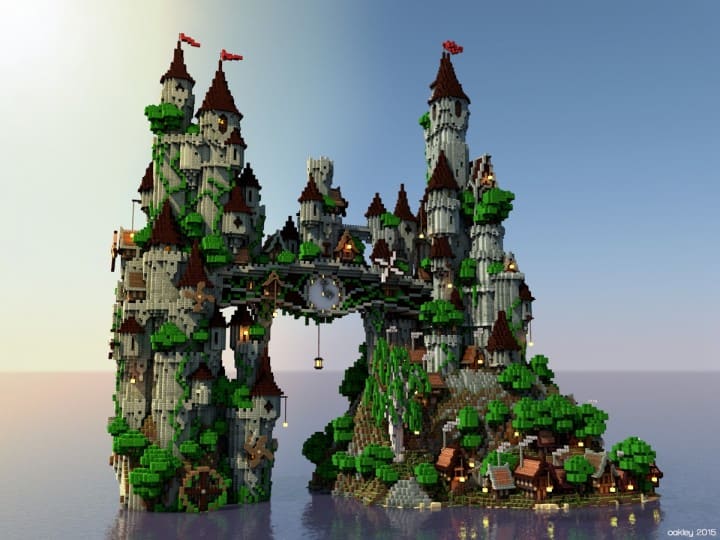 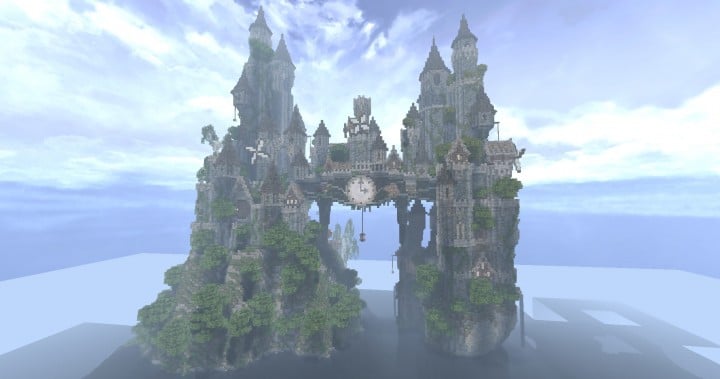 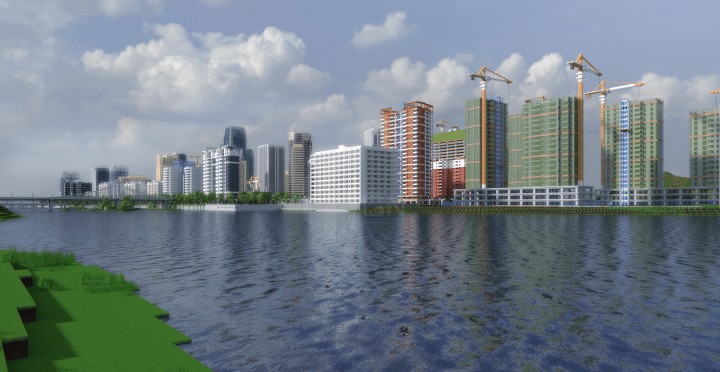 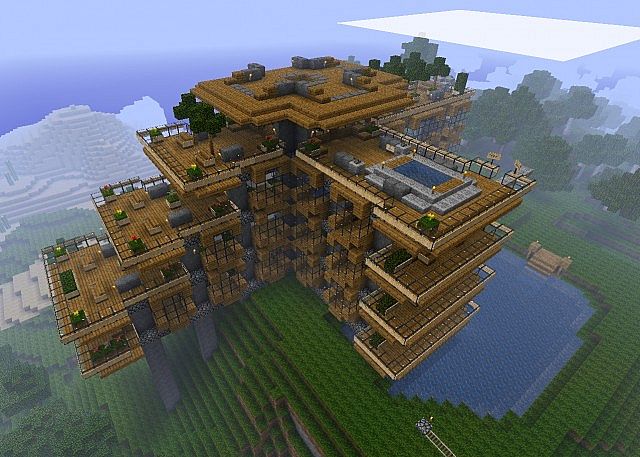 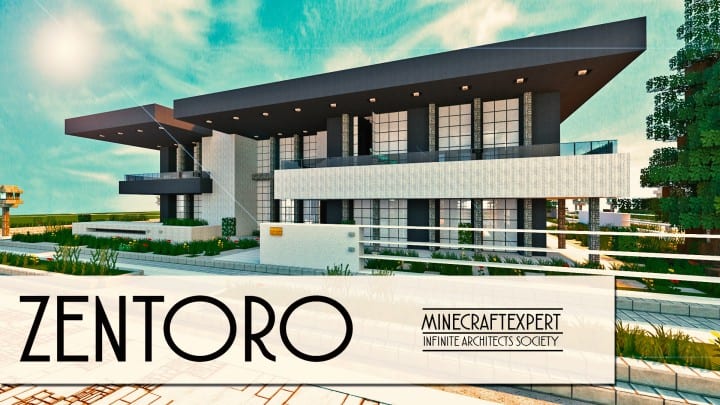