Ninaman here, and as some of you may know, I have been working on this build, Blackwind Metropolis: A City in the Sky for a while now. After 4 months of work, it is finally completed! It has been so much fun to build, experiment, and learn from working on.
The build itself consists of floating islands with factories, towns, a city, houses, fuel tanks, gears, power plants, and more. It also features a large mechanical bird! There is also a partial interior to the build including the main tower block of the city, a hanger, an airship assembly bay, a cockpit and interior of the bird, several houses, and part of the capitol airship. The build is all the style in general of steampunk, but more specifally a more “rusticpunk” and industrial vibe to it. The specific parts are: Village island 1, Village Island 2, Gear/Houses Island, Factory Island, Power plant island 1, Power plant island 2, Clock island, Power dome island, The Mechanical Bird, Skycity, The Capitol Ship, and other smaller airships, balloons, and biplanes.Wow. Big block of text there! Lore can be found below. 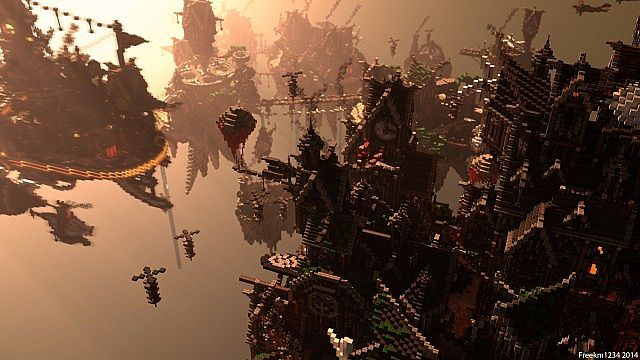 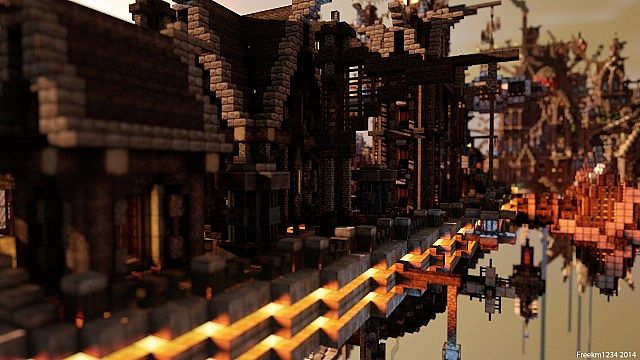 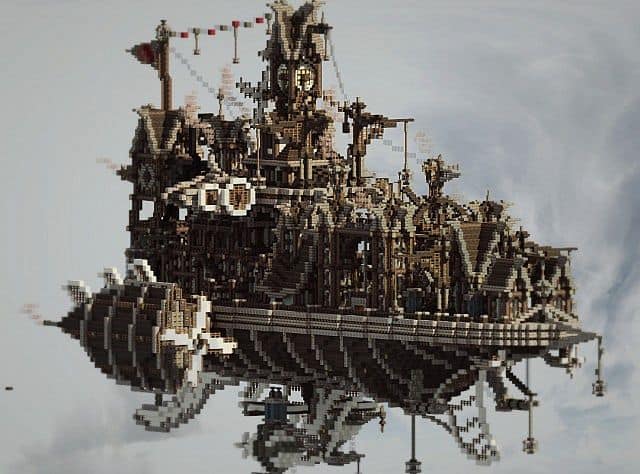 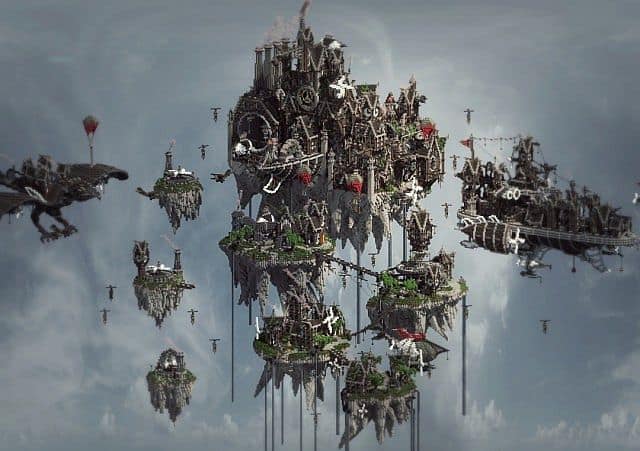 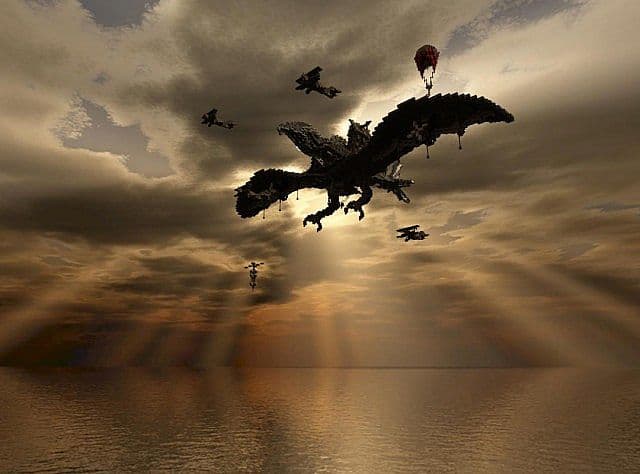 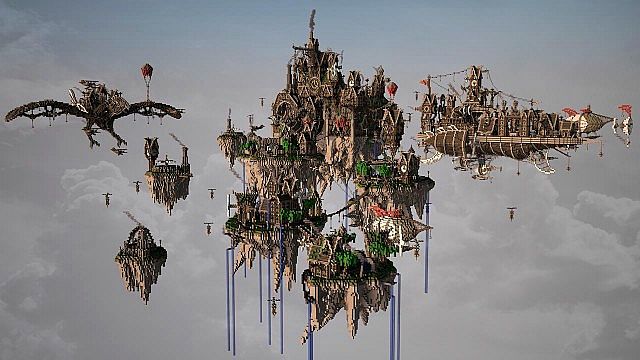 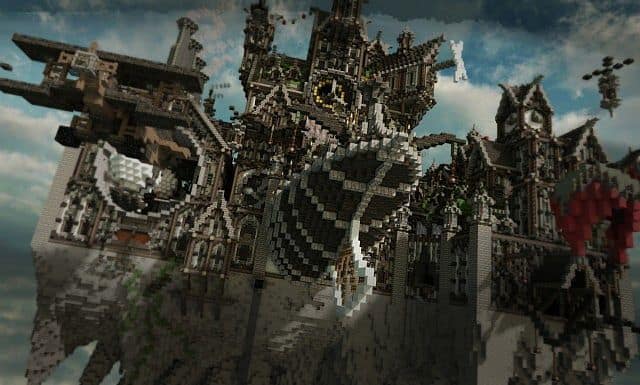 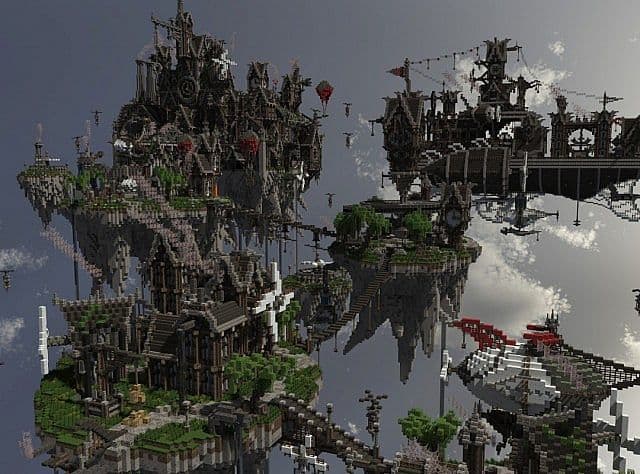 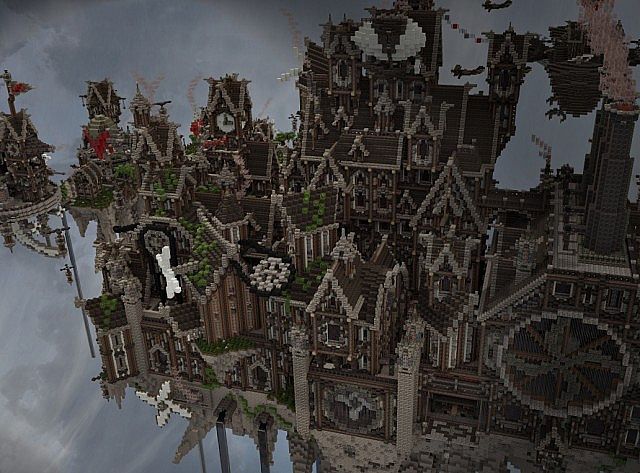 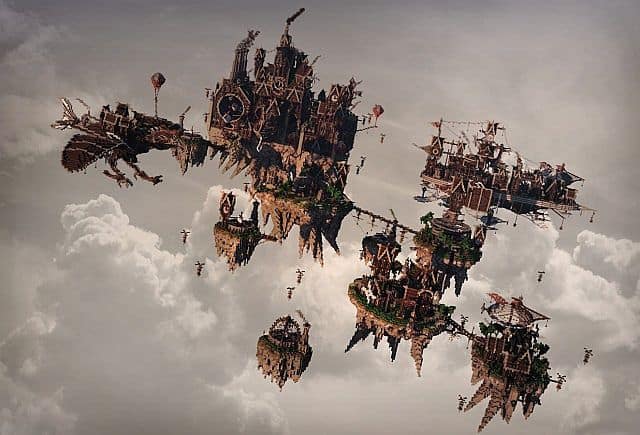 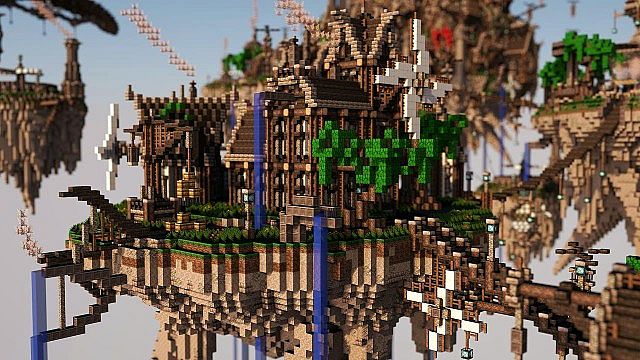 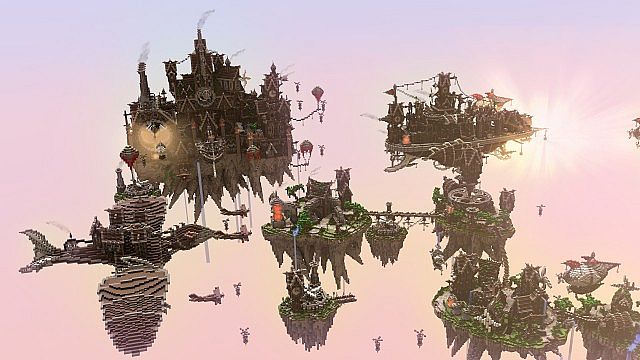 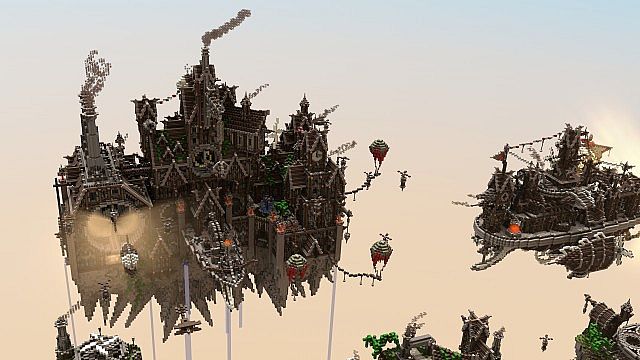 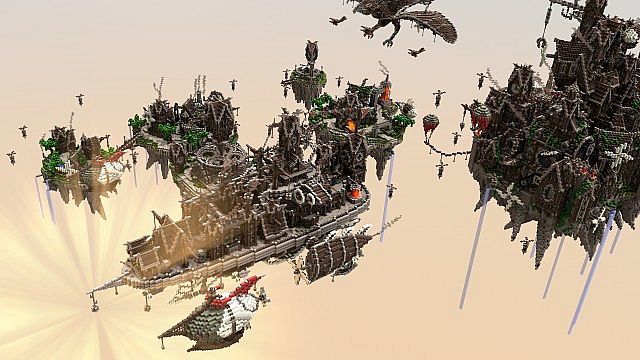 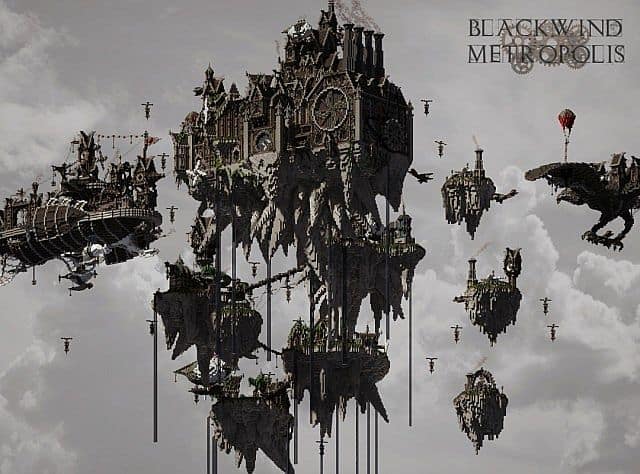 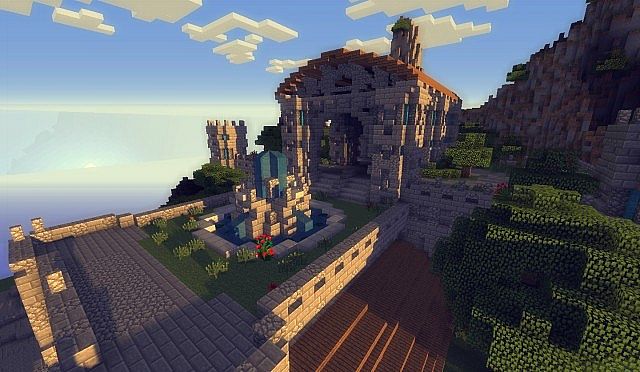 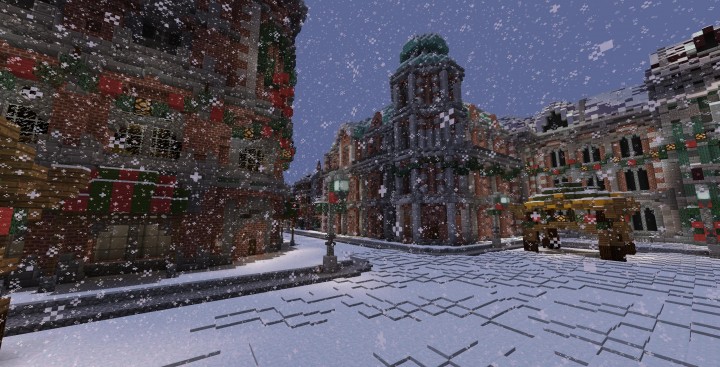 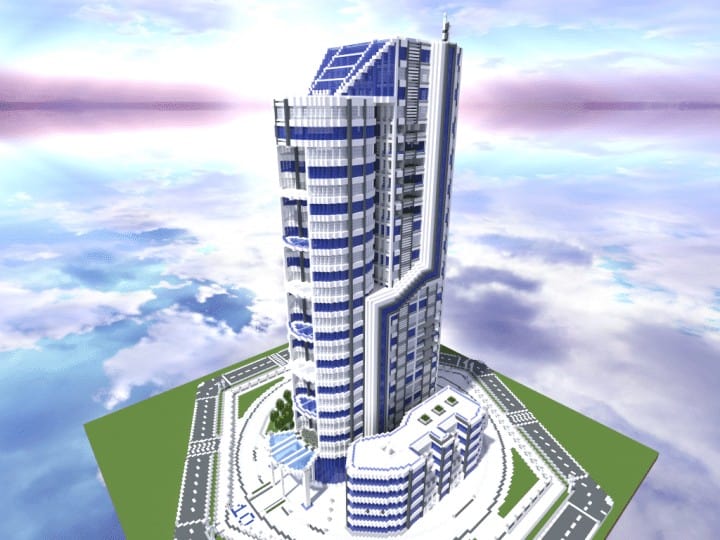 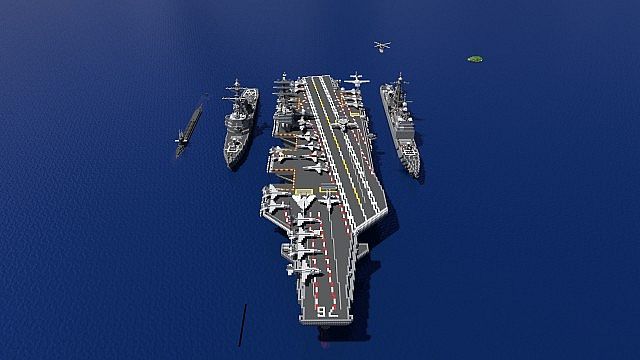